Variety Is Not Always The Spice Of Life

Relax and come with me…did I mention the word come. Pardon me if a sexual connotation is derived. Certain words boast versatility and because of this they will sometimes send the wrong message especially in a climate where it seems sexual activities and to father a “love child” has become the order of the day. How are we thinking? Are we growing pubic hair on our heads? Or, is there something in the foods that we are eating. Another guess: Perhaps end-time is near so before the trumpet sounds all pending extra marital affairs have to be accomplished by enthusiasts…Politicians, Sportsmen, TV Hosts, Messengers of God and the list continues.

From the category of sports, it would appear as if Tiger Woods, Golf’s Tycoon, has now joined the clique. This latest revelation had me scurrying to my repertoire of reggae music where I retrieved a popular reggae oldie Tiger in the dance what a bam bam… Sometimes fame and fortune cannot compete with common sense. Tiger knew how to steal but he didn’t know how to dodge. His “wicked in a bed” conduct has been stumped, coop crumbled. Where will he go from here? What’s on the minds of this Don Man’s unassuming birdies? It is a known fact that some girls will go to any length to be with famous people. In many relationships of yester year, documenting the first kiss, holding hands together, the unveiling of innocence, going to the movies and so on and so forth were done to savor the good times. Nowadays it has become a habit to save text messages, voice mails, telephone conversations, trophy garments, and pictures and at least confide in one friend about the affair. This could be seen as a calculated move to a future financial gain or pum-pum (vagina) pension as it is called among my rowdy friends.

Tiger’s extra marital affairs caused a raucous across the globe almost in the same manner as the Profumo Affair which rocked Great Britain in the early sixties. Christine Keeler was the woman at the center of the scandal. Profumo, a married man and a minister in the Harold McMillan’s government, met the fabulous Christine Keeler who pursued an affair with him while at the same time she was carrying on an illegal relationship with someone else. If Tiger was from back in the days when that scandal had taken place, he would have learned that not everything that glitters is gold. Adding to that, a visit to one of the many secular concerts in my village, during that time, would have prepared him on how to deal with lust after a presentation of the popular Needles and Pins verse. This verse was always recited by a polite pint-sized four year old female. She would run to the podium to take her place and after a swift bow, which could have leveled her, she delivered in a clear voice Needles and pins, Needles and pins, When a man marries, His troubles begin.

Tiger’s tenure with his mistresses was a class act. They added spice to his life. He chased after them more than a game of golf which they obviously adored. According to the lyrics of an old reggae song: Man a run you down gal, tek him, tek him a nuh fi yuh fault…(Girl, if a man shows interest in you it’s not your fault, so go ahead and be with him…). The most peculiar thing though, is that each of Tiger’s mistresses was under the impression that he had no one else. They flew here and there to keep up with his sexual demands, each hoping that the relationship would grow. Unfortunately, things proved otherwise. As a result, the poor souls must be suffering from bruised minds, tired bodies, guilt and low self esteem. They realized that they had been played and it was now time for revenge...sweet revenge. Pay up otherwise they will squeal some more. A distant voice reminded them that free-issue is no longer alive. It has been dead and buried. Perhaps there is some element of truth to this free-issue statement because it has dawned on me that I have not seen any recent distribution of free cheese nor Turkey during Thanksgiving, at least not in my area. Therefore money must be the goal in all things. Chi ching ching! Show me the money! Why did my parents brainwash me into believing that it is not lady-like or becoming to take money from men? Geesh! Anyway, I won’t cry over spilt milk because it is now a fact that encouragement sweetens labor or money makes the mare gallop. Furthermore, in life there is a thing called conscience. Consequently, regardless of the frugal tendencies of a man he should at least know that his significant other, long term or short term, needs a certain commodity which suds.

To soften things a bit, Tiger’s scandal did not cast all doom and gloom. Each arriving day brought some much needed laughter as newscasters and entertainers announced that the number of mistresses kept mounting. On the TV, the salacious affairs were reported against the backdrop of some of Tiger’s most famous Kodak moments…innocent looks, pearly smile, dominance on the golf course, perfect married life and family togetherness. The details sent my mind racing back to my juvenile years in the rural area where I had seen roosters chasing all the red hens to seduce them. Tiger’s dalliance with his mistresses seemed to be nothing short of that scene. 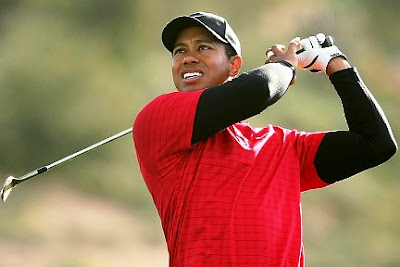 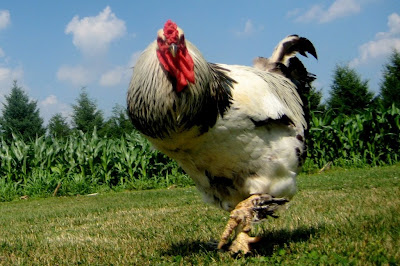 On sighting a hen, the rooster chases it to a close range. While gazing at it, the rooster opens up its wings and circles it in a boastful and confident manner, showing fancy footwork. Ultimately, the hen falls under a spell from all the antics. At this point the rooster quickly squeezes the helpless creature against the ground, and while on top it shuffles and rocks its body to a fluttering satisfaction. It then hops off and walk away with its chest poked high, pleased with another sexual conquest.

The action of the rooster reminds me of a non-committed relationship. Slam, bang, thank you ma’am. Did Tiger’s mistresses observe this behavior? Notwithstanding the fact that Tiger is a golfer and he aims for holes, scoring and seeking more games. This is obvious and vulgar, yet true given the circumstance. Time and time again a female will sit in a corner holding her cheeks in hands as she marinates in regrets because of a relationship that shouldn’t have happened. To tell the truth, the signs for failure were obvious but ignored, hoping that conditions would have improved. Can I get a witness? If Tiger had the audacity to cheat on his wife who else wouldn’t he cheat on? Since I am talking about a Tiger I should at least go jungle in my one of my statements. Hence, in my neck of the woods, there is no future in loving a married man. To top this or according to someone I know “let me give it to you straight” A standing prick has no conscience. If there is a sighting and doubt sets in, get out of the way immediately. Run! Degage! Vamos! Dig up! Scatter foot! Hot water! Fire! Haul tail! Poof! Do anything to remain safe and with good character.

Without any hesitation, Tiger’s scandal could not escape scrutiny from the public at large. On the streets and in the subway peoples’ opinions and comments became rampant. The most popular one associated with Tiger was “stingy”. Hearing this assessment, I call to mind my childhood days when sterling (pounds, shillings and pence) was the currency in my area of the world. The elders during that time dispensed a lot of adages and one that stood out the most to me was A married man’s shilling has thirteen pence (twelve pennies make one shilling). I had no clue what they meant by that statement but as time went by I figured it out. It was clear that a married man’s income supported his family and his mistress. In many cases the married man found it necessary to show appreciation to his mistress especially if she is in a less fortunate situation than most girls. Hence, he would expand on the mistress’ family home by adding a room or a verandah and most importantly finance his mistress’ education so that she could be self-reliant. He would also extend his kindness to her family, individually. Her father would receive a cow or a goat, mother: a beautiful apron and embroidered guests towels, Granny: money for her offering at Sunday church, Grandpa: a bottle of Guinness and the younger siblings: sweetie/candy (bribe). Amazingly, no one broadcasted the cheating-man’s business. Everyone’s lips remained sealed. To make a scandal would be like committing a serious crime.

After all is said and done, Tiger’s private life is none of my business. I am not condoning with his immoral conduct but I guess at the end of the day he is human first and whatever wrong he has done he will have to reconcile with his spiritual maker, if he has one. Who am I to judge or condemn. If he be without sin cast the first stone. If we were given this command and be honest about it, I am sure many of us would remain with our hands glued at our sides because we have all sinned in our thoughts, minds and deeds. The experts on matters of this nature weighed in and stated that Tiger is a sex addict. One of my Grandmothers, I remember, was sometimes very biased in her choice and would have responded by saying, “Oh, cho, put, nonsense! Set of idlers! Nothing is wrong with the boy. He is only feeling his oats.” I guess Granny meant virility. Unfortunately, Tiger is not the first to indulge in infidelity and he will not be the last.

This brings me to the point, where without a doubt I will forever say that sexual intercourse was not originated in Hollywood. However, nowadays it would appear so because of the insatiable thirst towards scandals or conversations surrounding sexual activities. Inasmuch as we are living in the age of information, where do we draw the line? Who the hell cares if people want to do it standing, sitting, crying, swinging, see-saw, doggy style, missionary, roast-duck, wheelbarrow, lizard lap, sixty nine, he-he or she-she? Whatever people legitimately do in their spare time or in their bedroom should not become the interest of the public. Wouldn’t it be more beneficial and profitable to rally for free education, free healthcare, public health awareness and peace? Sexual intercourse is private...not a show and tell. I may be viewed as a woman of the present living in the past but trust me age old philosophies still work as well as they ever have. As a result it would be soothing to revive for one moment the days when storks delivered babies or when babies fell from an airplane in the sky. Those were fresh, respectful and caring times where natural emotion was hidden, left to the imagination.

Tah-tah! If you can’t be good be careful. Also, take time to note that respect begins with self.

Email ThisBlogThis!Share to TwitterShare to FacebookShare to Pinterest
Labels: Infidelity