He Shared His Banana With Me At A Brooklyn Restaurant

To share means to divide, split, go halves, distribute, disclose. Many will also say that sharing is caring but to what extent?

My Flatbush neighborhood in Brooklyn, New York has allowed me many privileges. Take a walk to a house of Worship, Brooklyn Academy of Music (BAM), Brooklyn Center for the Performing Arts at Brooklyn College, Brooklyn Botanic Gardens, West Indian Day Parade/Labor Day Parade or the pleasures of Prospect Park on a Sunday in summer where Drummer’s Grove hosts its drummers, playing sounds that draw a vast cross section of people as its audience. Some moved by the beats will boldly step into the center of the Grove and dip and fall and wheel and turn until their beads of sweat pierce the ground or until they have had their fill of the exhilarating rhythms. 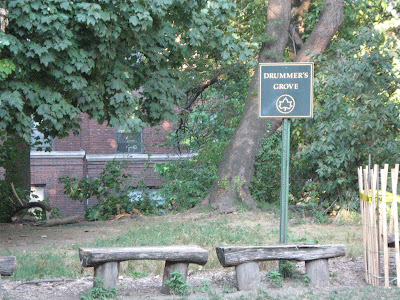 My Flatbush neighborhood is a place where, on any given day, I can mingle, smile, laugh or even have my blood pressure taken on the streets by concerned healthcare groups. Inasmuch as this is true it is also a place that is filled with surprises. Surprises that will make me cry or contemptuously holler in silence, especially at the people who choose to be a mobile fashion industry. Nothing moves me more than the stamina that some people have displayed towards certain kinds of fashions whether they are blessed with the physical attributes or not. Seeing a figure dressed in pants which slip far below the waist, exposing the crack in the behind is a ghastly sight as are the figures that are in the business of wearing thongs, inappropriately. On the other hand it is said that art can be found in all things. Abstract? Look long and hard and a “Y” or a “T” will appear.
I wasn’t looking for art on a sun-filled Sunday morning in the heights of spring as I left my apartment and headed to one of my favorite restaurants on Flatbush Avenue. My purpose like many Sundays before was tradition driven, to have a hefty Sunday breakfast. It would be a breakfast which consists of freshly squeezed orange juice, hot chocolate, hot coffee and boiled ground provisions ranging from bananas to all sorts of yams. To name a few there is yellow yam, pum-pum yam, Saint Vincent yam, yampie yam, Lucea yam, mozella yam, renta yam, tau yam and sweet yam, the unofficial names which I refuse to let go. Indulging in the official names would probably take away the enjoyment of a well deserved meal. 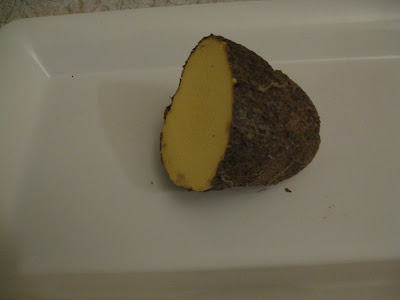 Email ThisBlogThis!Share to TwitterShare to FacebookShare to Pinterest
Labels: Behavior