Show Me Your Lace

Sometimes peoples’ character and status are judged based on the clothes they wear. Is this a fair evaluation or observation? In my opinion when it comes to garbs some people are pinned with the title follow-fashion. They will go through extreme measures to be with the trend. On the other hand many people have made it known that they dress according to mood or the way they feel. Absorbing the way people dress, the god of nakedness would fume if the scantily clad in our society are not considered here. The impostor is not to be overlooked. A pastor at a church I once attended mentioned in one of his sermons that the devil goes to church wearing a three-piece suit. Do I hear an Amen?

We should also take into consideration that people exercise their likes and dislikes when it comes to certain attires. Among the likes, you will find someone dressed in a buttoned-up shirt and a necktie in place to the point of a choke hold or someone walking around in a dress with the tail sweeping the ground. A couple dislikes such as jeans and tops that fit above the midriff came as a surprise. Luckily in the garment industry there are beautiful fabrics that will help us look beyond the oddities and disappointments in styles. Thus, at this point I will focus briefly on the beautiful and intricate fabric called lace and the role it plays in the lives of females. 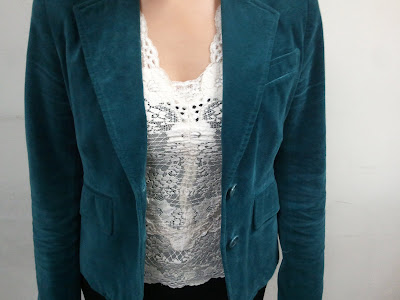 What is Lace? Lace in a concise definition is an openwork fabric, designed with open holes in the creation which is made by hand or by machine. In all my probing the origin of lace has never been clearly explained. Hence it would be amiss of me to say that lace was originated in Rome, Honduras or Timbuktu. Regardless of its origin it is agreed that lace is a regal accessory and is used by people of all sorts. Looking back, lace has been and is still associated with the costumes of thespians, and the attires of clerics and magistrates. Granted that I am neither a seamstress nor a fashion reporter, this does not deter me from saying that lace should be considered the diamond of all fabrics. I remember as a child even an itsy bitsy amount of lace on my dresses had me walking stylishly, heels in and toes out, hands swinging and head held high. I wore my dresses to church services many Sundays, and on each account I purposely made several unnecessary trips to the toilet, hoping to be noticed by the members of the congregation. My exhibitions went well except for the times when I was waylaid by one of the strict female Helpers who threatened me with a pinch and a report to my parents.

Lace speaks. It tells a lot about the wearers and their missions depending on the amount and how it is arranged on each garment. Viewing my childhood, a little girl was expected to display youth and innocence. It would then behoove her to wear lace on her dress collars, pockets, sleeves, and many rows on wide skirts, which presented grand flounces fit for a queen. Interestingly, the intricate embellishment had no boundaries. It could be seen in multitudes on undergarments, such as panties and petticoats. The beautiful decoration inspired the little girls to become showoffs. They would pirouette on their shoes heels as fast as they could and in doing so their skirts flipped upwards, revealing the maze-like accompaniments.

Is lace still worn in that manner among the little girls these days? Maybe it would be a nuisance to walk around with yards of lace on any one piece of undergarment especially now that styles come and go at a rapid rate. Therefore, I would not be surprised to see a little girl wearing her lace in adult styles but before this happens there should be a silent wish that there are no elders from back in the day to witness this preposterous idea. The feisty eagle-eyed elders would cry foul because they expected little girls to enjoy each segment of their lives and not be viewed as forced-ripe. Besides that, the elders particularly wanted the excessive amount of lace to remain on the undergarments of the little girls as a deterrent for all the peeping Toms who wanted to see more than knees.

Do female adults care about the way lace speaks? The classy woman will decide on wearing an elegant tailor-made all lace dress, a pair of lace gloves and a pillbox hat with its tinge of lace slightly resting on the forehead. A woman who loves to flirt will wear lots of lace in the bodice of her dress to deliver or enhance a buxom look whereas the pious woman will wear her lace in the form of a mantilla. Lace has such an endearing quality that it captures and messes with the minds of some male adults, particularly when they see an apron, sometimes pinafore, trimmed with lace or when a female wears a lace costume from head to toe, depicting her as a bunny. Reflecting on the festooned apron and its association with the hospitality industry, it is no wonder that some men have dalliances with maids.

While the minds deliberate about romps and dalliances with bunnies and maids, let’s not forget that lace is also geared towards commitment in the form of a wedding gown. Lace comes in various categories, colors, styles and quality and can be used to make this special garment. However, the most desired is the French lace. The French town of Caudry is said to produce exquisite lace-making. It is alleged that Kate Middleton’s, wife of Prince William, wedding gown had a touch of Caudry. The same thing was also said of Grace Kelly, a famous American actress. My mother’s mother whom I had held in high esteem had great taste when choosing fabrics and styles. To this day she is being remembered, in the village which she had lived, as the lady who wore fine lace. She would never leave home without a touch of lace. Her occupation as a seamstress gave her the advantage to utilize lace to the fullest extent. She made shawls, gloves, handkerchiefs, curtains, doilies and runners.

I cannot resist mentioning that my grandmother like many women of yesteryear wore a peculiar intimate garment that made me giggle each time I got a glimpse of it. This garment was called pantalets, a long loose drawers frilled at the bottom. Some people also referred to it as pantaloons or trousers. To avoid getting into the politics of names, which I barely understood then, I decided to call it long drawers just like the locals did but certainly not in earshot of my parents or elders. The name was a vulgar expression for little girls, maybe even more than if the buttocks of the females were exposed. The tricky yet fashionable little garment created all kinds of fuss and excitement; nonetheless the women wore it with pride. It was of great importance to the females then. They felt comfortable knowing that the skins above their knees would not be exposed when they stooped, jumped high, climbed or when a child got a good grip of their skirts to be used as a nose-rag. The child in an innocent state performed this daring action which resulted in an exhibition, but it was not shocking because lace could be seen not for its beauty but as a mark of integrity.

How is lace shown in today’s society? Is it exhibited to blow your own horn, satisfy the needs of others, or make worthy connections as seen in its many clever designs. The choice is yours.

Tah-tah! Show me your lace and I’ll tell you who you are.

Email ThisBlogThis!Share to TwitterShare to FacebookShare to Pinterest
Labels: Clothing