There Are More Dogs than Bones 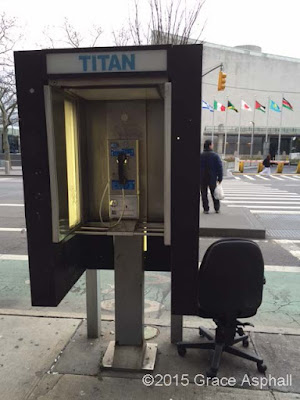 Inasmuch as some people have mentioned that a little knowledge can be a dangerous thing, the consensus is that each day it increases. There is evidence that as knowledge increases it changes the course of daily living, lifestyle, work habits, career paths, professions, mannerisms and nutrition. It can also bring changes in relationships, be them platonic or otherwise. Regardless of religion or creed, people crave for knowledge and improvement in all they do. They are excited about the comfort that technology and modernization have brought them. I chuckle at the self-flush toilets, voice command devices, Global Positioning System (GPS) or even Siri, the voice on Apple’s iPhone, giving answers to questions and concerns.


Hints about improving our knowledge surround us. One morning on my way to work, I recall riding a particular train in our New York Subway system, where I noticed an advertisement placed by an institution of higher learning. This institution guarantees a high percentage job placement for their graduates. They are so cocksure about this that a smile creased my faced as I read and now rephrase its main statement: I did not get my degree in blank blank to ask: what would you like with your fries? By all means this school had tapped into the minds of the graduates that are reluctant to settle for a job outside of their area of concentration. They do not consider such jobs as being up to par. That morning when I left the train, I moved quickly towards my purpose. Each step of the way was punctuated with the fear of my grandchildren and their children’s children not being able to cope in a world filled with change and looming crises.


As a matter of fact, that same day I held a conversation with a friend about the rampant display of technology in our faces, which by the way has made work easier to handle. The conversation took many turns until he alluded to the fact that eventually people will remain at home idling their time away because there will not be enough jobs left for humans to do. The world of technology and computers will have arranged things in such a way which would require a minimal amount of people to do data input, nothing else to tease their brains or let them exercise their field of study. I can envision our population being filled with the presence of Martian-looking figures sparking their way into things and taking over.


Sometimes I smile when I remember the sayings of the people from back in the day. I take the saying “Take sleep mark death” as a warning. The idea to replace humans with machines started decades ago. I have seen the eradication of carbon-paper in the office which was used for duplication. I have also seen the disappearance of the manual typewriter, telegraph machine, the keypunch machine; the decrease of the fax machine, and copying machine. The swivel chairs at the office will soon be out the door too as places of business resort to working from home. The effort of going to college for years and chalking up thousands of dollars in student loans has given rise to thoughts among several graduates and future ones. They ponder the availability of jobs because once again as knowledge increases what was bargained for within that four, five, six or seven years will be useless materials, not relevant or keeping up with the times. Perhaps two years of college study would be a good idea to suit change.


Whenever we move with the times, we are also moving with reality and in my opinion the reality is, the jobs in the job market are narrowing in choices. I would almost want to tout that the healthcare industry and anything computer related are the choices of the times. They will last. Outside of those, there is no time to be choosey as there are more dogs than bones.  I have learnt a long time ago that no job is degrading when it comes to making an honest living. We should consider taking what we can get until we get what we want. Survival is the game; and as far as I am concerned the jobs that are now considered menial could very well become the most sought after jobs in the future.


Last but not least I had mentioned somewhere in this piece that the days of the swivel chair will soon be out the office door. Well, what do you know? It probably has begun its moves. I now report with fright that the day I spotted the advertisement in the subway about graduates refusing to take a job that does not match their degree, was the same day that I had also noticed a swivel chair tossed aside on the sidewalk, next to an old telephone booth. The exact location was the United Nations Plaza; my place of employment is situated on that same block. We cannot deny the signs of the times.