Many of us remember the fun we had reciting nursery rhymes in our juvenile years. I recited the nursery rhymes at school, play and home with much passion. I would close my eyes, tight, and in my loudest voice recited until my head hurt or I bit my tongue. My favorite nursery rhyme was Humpty Dumpty. In my mind Humpty Dumpty was a person who sat idly on a wall and then fell and broke into a million little pieces. The saga drew many laughs from me. However, at age seven I found out, through a game of riddle, that Humpty Dumpty was an egg, a bad egg perhaps. Bad things always come to naught or bad people always receive their comeuppances. 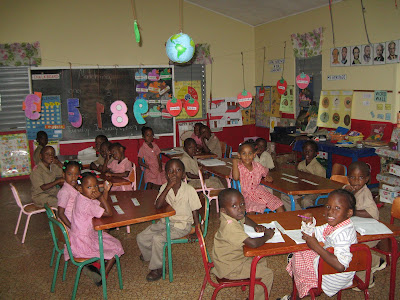 One day, much later in life, I was chatting with some friends, all Generation Y, and like in most conversations one topic led to another, eventually landing on Sigmund Freud. As the conversation took its turn, I raised the subject of Nursery Rhymes. I mentioned that the lyrics in some of the nursery rhymes did not deliver the sweet, innocent translations like they did during my childhood. After giving an example my friends laughed yet found my remarks interesting. Granted that my reasoning may have sounded like bar talk, I was not under the influence of any consumable spirits. The only influence that I was probably under at that point was Freud’s. My friends, the Yers or internet babies, my preferred choice, decided to Google Nursery Rhymes and believe it or not the information that surfaced left us stunned, learned, amazed and puzzled. We read that the history and origin of some nursery rhymes actually echoed events in history. For example the nursery rhyme Ring Around The Rosy refers to the Bubonic plague. There were also nursery rhymes which represented political events. How peculiar. Children were bearers and keepers of all kinds of notes or messages even with the nursery rhymes. Should I blame the teachers for leaving the nursery rhymes at face value among us? Maybe if they didn’t we would have lost a great amount of happiness. According to an old saying It is not every truth that should be known.

The new information on nursery rhymes, I say new because this was indeed new to me as well as my friends, has since left me with an inquiring mind. Was there an event behind the nursery rhyme Baba Black Sheep? If there was, I hope it doesn’t erase the fun I had saying the words wool and full repeatedly just because they rhymed. Or, the picture that I drew in my mind of the wool carrier, a man wearing a long beard and his body drenched with sweat, while he carried the three bags of wool in a burlap bag with blue seams. Adding to that, I cannot elude my memory of the many times my friends and I had gathered in a circle, joined hands and recited Ring around the rosy…and then at the end we all tumbled to the ground, laughing and rolling, feet in the air and hollering Lawd Jezaz mi almoase bus mi head pan di rackstone (Lord Jesus, I almost bruised my head against a rock). A parent or elder passing by would not always see our fall as fun loving and would scold us by saying Bull frog said what is joke to you is death to me. What did the elders or parents knew about the nursery rhymes? Just like our teachers they hid the truth from us. 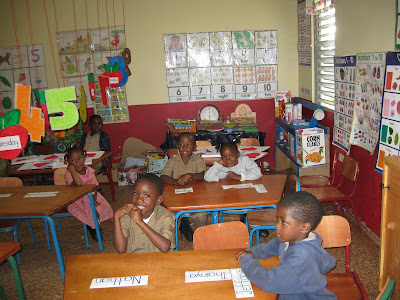 In today’s climate, are the elders and teachers holding back information from children? My generation Y daughter, during her High School years, was asked by one of her teachers to translate her favorite piece from Shakespeare’s Romeo and Juliet, into modern day language. Following the instruction, she took the balcony scene and translated it to: Yow, Juliet! Meet me on the fire escape tonight. Precious! Priceless! Shocked! Surprised! She incorporated her surroundings. Her translation opened my eyes to the fact that she was paying attention in and outside of the home. On that note let me see how well I am paying attention in today’s class as I take on the assignment…Translate the following nursery rhymes given below.

Wee Willie Winkie was a disgusting man. He had eyes on all the girls in his town while being a married man. At nights he would settle in bed with his wife and as soon as she fell asleep he would sneak out in his pajamas to visit as many women as he could. He would arrive at their homes, peeped through the windows or the key holes to make sure that their children were not in sight. Once this was confirmed, he hurried inside and visited with the women. After he was finished he went home happy like a lark, crept back into bed and hugged his unsuspecting wife.

Peter Peter Pumpkin Eater thought he was the best lover man on the planet earth. He was so caught up in himself that he didn’t notice his wife’s sexual desires were not addressed properly, which ultimately led to her cheating with other men. Eventually Peter Peter Pumpkin Eater got wind of her behavior and rectified the matter by getting her pregnant as often as he could.

Georgie Porgie was very handsome. He used his good looks and charm to win the hearts of many girls in his town. Ultimately the girls realized that Georgie Porgie was just a touch-and-go-guy, having a one night stand. They felt betrayed and as a result they cried many tears. The girls’ brothers found out about Georgie Porgie’s sordid behavior and retaliated with threatening messages which ended up like pouring water on a duck’s back. Eventually the brothers of the girls could no longer take Georgie Porgie’s barefaced attitude. They decided to beat him to a frazzle so they equipped themselves with bats and sticks and then set out to waylay him on one of his girl-hunting trips. Georgie Porgie as usual stepped out in all his glory but glimpsed at the boys with their weapons as he made his way, without winking an eye he turned around and ran away as fast as he could.

Jack and Jill had never experienced sexual intercourse. After much reasoning between them both, they finally got together to give it a try. Jack, in the rhythm of the escapade, suddenly hit a high point with Jill doing the same a few seconds after. Frightened by the experience Jack got up with lighting speed, left Jill behind and ran all the way home, ending up in bed with a big headache.

Pat a cake pat a cake baker’s man was a sperm donor. He donated sperm which was placed in safe keeping for the people who needed help producing children.

Here ends my assignment on Nursery Rhymes. How did I fair? Will my teacher see me as being innovative, abstract, thinking outside of the box? Or, will I be sent home with a note to my parents? How will my classmates react? Will they refer to me as a comic, a crazy person or the star of the class?

Tah-tah. An idle mind is the devil’s workshop.