Let Me Love You with My Heels On

Whether or not the catchphrase, “Let me love you with my heels on” is mentioned nonchalantly or objectively, there is a knot of certainty that someone will link it with Lady Saw’s song titled “Heels On”.  Lady Saw is a Jamaican performer; a singer and deejay who quickly became known for her unrefined style or slackness, a popular word used by most Jamaicans for such behavior.  Lady Saw, as she performs, seems to defy morality with clout, stirring feelings.  Consequently, against the backdrop of disparaging remarks it was a relief when she teamed up with American pop singer Vitamin C and introduced “Smile”, a song laced with conscious lyrics. Adding to that, in 2002 Lady Saw earned a Grammy Award but despite the accolade, Lady Saw is still viewed for her slackness or sexually explicit songs.

I became fond of the song “Heels On”, and would listen to it as often as I could.  I even feared that if I kept up that practice, in time it would become the national anthem of my mind.  All thoughts in mind would have to salute “Heels On” by disappearing faster than a moon beam.   One day, the desire to listen to “Heels On” became strong.  I searched YouTube in a hurry, installed my earphone, ready for a good dose of it.  After I had listened less than a minute I realized that the lyrics were not the ones that I was accustomed to hearing.  They were different.  They were the kind of lyrics that, if sung by children, parents would have the right to threaten them with brown soap in an effort to purify their mouths.  Some old time people on hearing such a song amplifying details of sexual thirst would have remarked, “Puppah Jezaz tek di case an gimme di pillow,” to show their disgust and leaving it to the Lord to sort the difficult situation.  Inasmuch as I had an idea of Lady Saw’s raunchy style, still I was besieged with fright wondering why a female would subject herself to such lewdness, porn by way of song.  Realistically, there is no denying that Lady Saw has her followers.  She must deliver, appease them, otherwise she will be seen as sawfaz, flimflam, and nah gwaan wid nutten, not up to par in their world when it comes to dancehall.  For this reason, maybe there is justification in saying that vulgarity now rules dancehall music.  Social and political commentaries have been silenced.


After I had listened to the lewd version of “Heels On”, I then turned and listened to what could be now seen as the “goody two shoes” version.  At least, the author made an attempt to perfume the lyrics. Smart move, I told myself as I embraced the double entendre in the lyrics which fell softly on the ears and gave new meaning to the song.   Hence, there were many encores, great visuals of childhood play when I heard such lyrics as “let me love you with my heels on, “slippery when wet”, “brazilian wax”, “ding dong” and “stick shift in hand”.  The phrase “slippery when wet “resonated deeply.   It was a delight, during childhood, for my siblings and me to test the slippery, muddy slopes after a downpour of rain in rural Jamaica.  I remember the few occasions my mother yelled, “Mine oonu drap an bruck oonu baxide.  Bull frog seh what is joke tuh onnu is death tuh mi”, as we slipped and had fun.  Her stern warning about us falling and getting broken limbs was enough to inject fear, bringing our fun to an end.


When it comes to “brazilian wax”, its intended purpose was quickly dismissed, replaced with the purpose of beeswax and coconut brush.   Coconut brush is derived from the thick dried outer husk of the coconut, which is sawed open widthwise to reveal its fibers.  Now resembling a brush, the bristles are coated with beeswax and then used to polish wood and concrete floors, making them shiny.  Looking at “heels on”, it reminded me of the ladies, from back in the day, who wore hobble skirts and dresses, and shoes with stiletto heels to complement their attire.  As for “ding dong”, I recall the nursery rhymes of yesteryear that toyed with children’s innocence.  One such nursery rhyme was “Ding dong bell, pussy is in the well”.  Back then we had no clue regarding their meanings as we merrily recited them umpteen times, sometimes in one sitting, until our mouths rebelled with froth.  The “stick shift in hand” is reminiscence of the manual vehicles that held steadfast on the mountainous roads in Jamaica; and the drivers that sat behind the wheels maneuvering skillfully and creating excitement when changing gears.  The result earned them the name “sweet-foot”.   For example, the daily arrival of the Bugle Boy, passenger bus, to my village provided the best performance.  The driver on reaching the hill before entering the square would “draw, lick in, or ketch a gear” by taking control of the clutch, rock the gear stick into a choice gear and then gas.  The formula exuded a sweet sound, dooo duh duh dooo wop bop pop shhh.  The driver repeated the act a few times, all in a two-yard stretch to the wildest cheers from the spectators who looked forward to the daily performance. 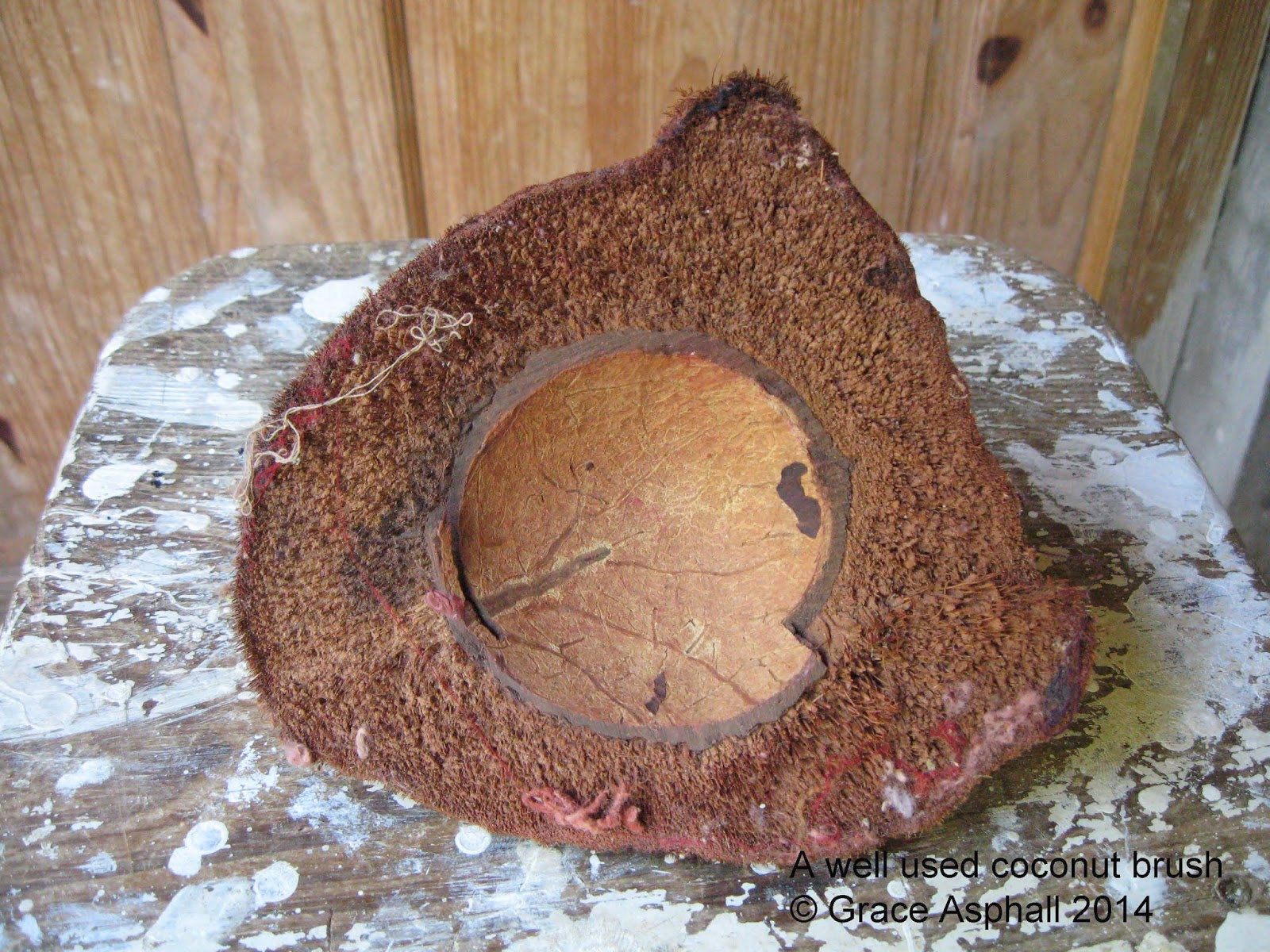 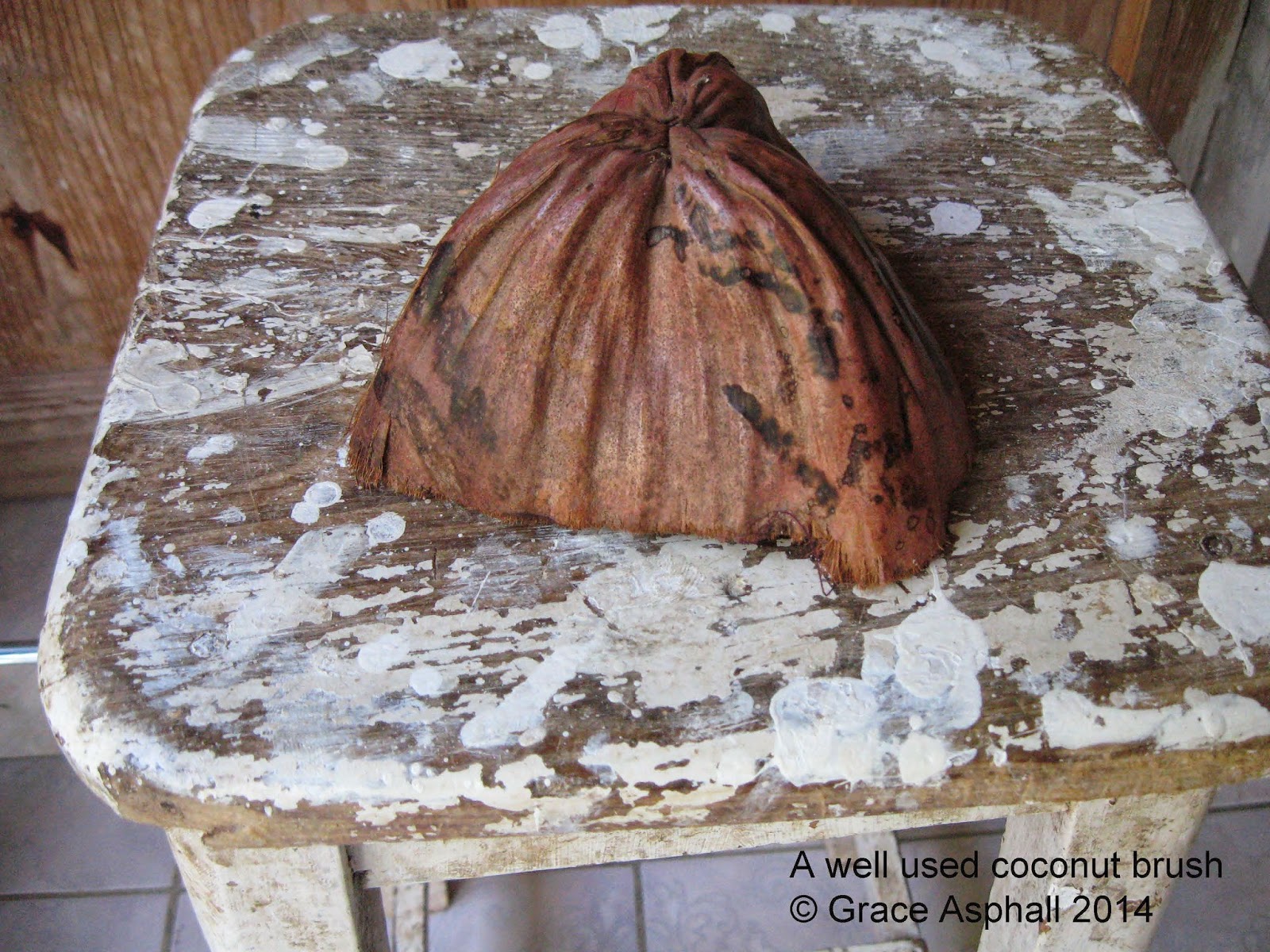 Setting aside the way-back-when memories, I now recall the many comments spawned when I announced my decision to do a blog piece titled “Let me love you with my heels on”.  As expected the comments ranged from disdain and concern to, “What do you know about Lady Saw’s ‘Heels On’?”  My younger daughter had her say, “Mommy, are you nuts?  Are you lonely?” she asked, laughing.   I giggled, childishly, covering my mouth.  She had no clue that I listened to dance hall music, of course in private, except for the times when music-playing street vendors and passing motorists will grab my attention to the sound of lewd lyrics.  Her amazement had me wondering if she thought it was my intention to get dressed in stiletto heels, prepared for a bout of rough sex or go-go dancing.  A pair of stiletto shoes is always associated with sex appeal.  In some instances it is the non-consumable Viagra for men.  Their sexual prowess comes to peak at the sight of a flamingo leg or some people would say a stallion.

Ultimately, I chuckled at all the comments that surrounded my decision to write on a topic such as “Let me love you with my heels on”.  I had a response which required no stuttering, as in uncertainty.  It has always been my trait to translate poems and songs to my liking.  Besides that, it is a great way to look into the minds of others.  In the case of Lady Saw’s song, “Heels On”, maybe there is advice in it to revive a failing romantic relationship.  On the other hand, Lady Saw could be singing her own story.  One way or the other, there are lyrics in the song ‘Heels On” to stir my mind in a positive way, especially the line “Let me love you with my heels on”.  In this line I equate heels with ambition.  I see a person who has achieved his or her goal and is proud to share it with the world or with a particular individual who wasn’t a well-wisher.  In calculating further, this person with the “heels on” made sure that the success attained would not be seen as ordinary or riffraff but in a Brazilian Wax manner, spotless in deportment, and by all means embracing self-respect.   There is no doubt that the road to attain success was wet and slippery but in the end that person was able to hold that stick shift in hand to negotiate.

My opinion of “Heels On” is not exercised to influence the belief or standard of anyone.  Change is an acceptable commodity, especially if it is in sync with the morals of our society.  The antics of the dancehall could possibly elevate minds, rising above all the negative characteristics.  I have heard many times that “there is always a little good in the worst of us and a little bad in the best of us”.  Whatever is made of that good as well as the bad is to be seen.  So, let me love you with my heels on while you ponder the details of dancehall.


Tah-tah!   The mind when full will spill.