Has Anyone Seen Myth and Adage?


One morning at about 5:00am, I was at home, in New York, preparing to go to work when a news bug flew inside through the bathroom window.  I am in no mood for any bad news today, only good, I told myself.  However, instead of allowing the creature to carry out its purpose, I desperately tried to aid it in leaving.  To my surprise it had no intention of cooperating.  It kept flying around in circles and from one room to the next.  I had never seen one in such frenzy.  Maybe that’s how they are in America, I said to myself, a fighter bug poised and ready to attack.  After a couple minutes I became nervous, afraid that it would bite me.  So I grabbed a bath towel and slammed it to the floor, “You damn dirty enemy out to attack me so soon,” I screamed at it.  A fly swatter was nearby so I reached for it and slapped the bug as hard as I could. “Dead, you vessel of iniquity I plea the blood of Jesus on you”, I said as it became lifeless.  For a quick moment I felt guilty that I had to “take the bug down” but at the rate it was flying around and carrying on with its antics I wasn’t taking any chances, giving it the opportunity to hurt me. 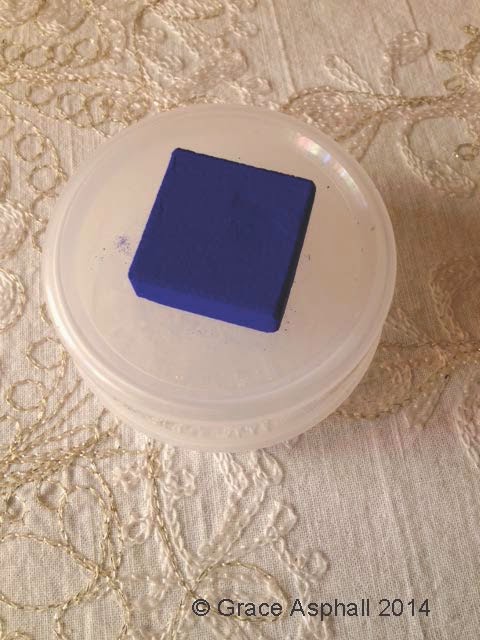 After the massacre of the bug, I returned to prepare for work and as I did so I wondered if fear was my biggest factor for action taken.  At the same time I also recalled my childhood days in rural Jamaica where is was customary for children to catch the news bug, spit on it and then toss it, telling it “If it is good news stay. If it is bad news go”.  Later that morning I did a Facebook post about my encounter with the news bug and it was at that point that I decided to briefly touch base with myth and adage.


Myth and adage were commonplace back in the day.  The elders used them frequently and in situations that warranted them whether or not the meanings were clear to me, likewise others.  Today, they have become less of a big deal especially when it comes to myth; perhaps modern times and advancement in science and technology have encouraged people to be more direct in approach and behavior.  Or, it could be that people do not care much about holding on to culture anymore.  My view is that some people would rather see them gone because they are considered old-fashioned and so does anyone who uses them.  I am always intrigued by adages more than myth and use them all the time.  I recall someone once referred to me as a woman of the present living in the past.  Whether or not I had responded with a kiki or wrenched my face in anger, the fact remains that back in the day, like good nutrition, a little myth and heaps of adages were some of the staples in my daily diet of information and lessons.   Some myths and adages either injected fear or served as comic relief.  Some, no doubt, were perhaps synonymous with evil.  Sometimes the potency was so powerful that they became capable of capsizing my Christian principles whether or not they made sense.


However, as time progressed I saw through the balance that myth and adage presented in my early years.  I have had many “aha” moments as experience arises.  Be it about an experience that is associated with reprimand, honesty, character building, awareness, patience, warning, health or food.  I am also of the opinion that there were some myth and adages that were meant to trick or confuse, test one’s faith and obedience all of which belongs to our physical and mental growth.  It is no wonder the elders had had such a grand time using them.  They probably loved to see our faces with a puzzled look, trying to decipher them.   Despite the archaic disposition of myth and adages, if given the chance to be compared with modern teachings in correlation to behavioral sciences, how well would they rank? My guess would be that they would leave many baffled and bewildered like they did to me back then.  I now share a few to whet the appetite and tease the brain.

1) A person who points at a tomb or a grave should bite all ten fingers after doing so.  If the person does not adhere to this measure the fingers will rot.
2) A female should pee immediately after having sexual intercourse to prevent pregnancy.
3) Having sexual intercourse while standing is a way to avoid getting pregnant.
4) A man who sneezes in the presence of a female is said to be sexually aroused.
5) A child who suffers from colic because of overeating should find quick relief if he or she anoints the tummy with kerosene from a lit lamp and then hits the tummy against the house-wall ten times.
6) Using a dab of blue, the laundry commodity, to mark an X on the forehead or bottom of a baby, will guard the baby from evil spirits.
7) On reaching the entrance of your dwelling, enter in a backward position especially late at night.  In doing this you will face and drive away any evil that wants to sneak in behind you.
8) Do not swallow chewing gum because it will tie the intestines together.
9) You can take a horse to the water but cannot force it to drink.
10) Who would be available to open the gate if everyone should ride a horse?
11) The cotton tree should have known the condition of its behind before it invited breeze.
12) The monkey should have taken its tail into consideration before buying trousers.
13) The higher the monkey climbs, the more it exposes its behind.
14) If you sit under a fowls roost, expect waste to fall on you.
15) Cock mouth kills cock.
16) A cockroach does not belong in a fowl’s fight.
17) Bull frog says what is joke to you is death to me.
18) A thief does not like to see another thief carry long bag.
19) Anywhere you catch your cold, return to that spot to blow your nose.
20) Swallowing guava seeds can rupture the appendix.


Tah-tah!  Something new is told daily.
Disclaimer:  This article is for entertainment purposes only.  Please do not try or practice any of the information noted.
Grace Dunkley-Asphall, Copyright © 2014