Graduation Is More Than A Cap, Gown and Diploma

When my friend Gracie (my pet name for her) asked me to write this piece I started wondering WHAT to write. Then all my memories came flooding back...struggles, triumphs and graduations. 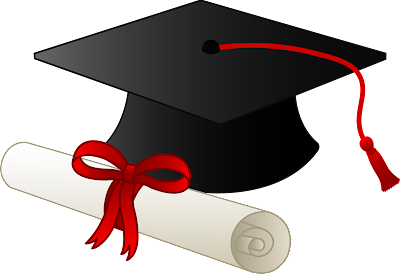 My son graduated from university a few days ago and all my friends and his were ecstatic, I'd even say jubilant! Why? Because we as a family went through SO MUCH that could have been ready excuses for failure: sickness, racially motivated attacks and intimidation (none of it worked against us, obviously) and financial upheaval.

But after AAAAALLL THAT, here we are: graduation 2015. Before that was graduation 2014, for his sister. They both graduated from the same university. I thought to compile a photographic collage to list their progress from 2009, the year of their vulnerability of minors being threatened by local governing authorities, and having their and my characters smeared in racial attacks, to their two consecutive moments of triumph. We were called every foul name and labelled every deviant entity one could imagine on this planet, but I absolutely refused to let anyone's poison get on the inside of me. Thank heavens for the the type of minds my children had, for they absorbed everything I had taught them. The negative attacks were useless duds: they never gained access to establish any stronghold in their inner being, in their minds.

Now what was on the inside? I have to tell you: it was our faith. We absolutely, unapologetically believe in our Creator and we believe in the image He had in mind for us when He created us. We had a vision, so nothing that deviated from that vision made any type of lasting impression on us. We had developed and stuck to our own pattern of thinking and behavior.

My children are my world. Those who know me know that. I am very gratified by both their graduations; but perhaps more for the triumph of us prevailing despite every thing that was arranged against us. We are not survivors, we are overcomers. So you tell me: do I have cause to celebrate? I'd answer yes. Would you?


Tag-tah:  We are not survivors, we are overcomers.