Viagra: The Length and Breadth in Brief

Viagra must be the hottest commodity since sliced bread.  Everywhere I turn there are talks about Viagra. I would love to see, touch or even hold that drug in my hand; the closest thing to a high five for the popularity, reviving relationship and manhood and commotion that it has stirred. I recall being at a local store in New York which serves a wide variety of goods including nutrition. People trekked in and out as I browsed. Among them was a male, about fortyish.  He was properly attired and obviously did not use his body oil sparingly. I looked him up and down as he handed a handwritten note to one of the female clerks. A perplexed look seized her face and she silently moved her lips as she read. The handwriting must be bad, I said to myself.  Finally she looked up and smiled “Oh Viagra! Sorry, sir, but we don’t sell that here. Try the pharmacy,” she said, returning the note to him. This stirred the attention of other customers. Clearly, the principle of good customer service was ruined by decoding.  The man, in an effort to take the spotlight off him, calmly explained that his uncle had asked him to purchase the Viagra. He viewed a few items then thanked the store clerk and made his exit. 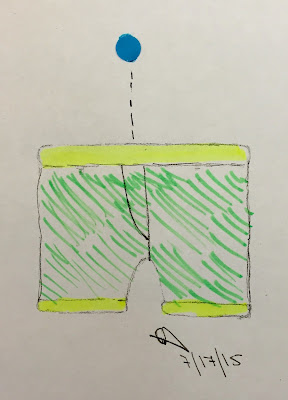 He was hardly through the door when a busybody female customer hurled “old liar” at him. She wasted no time in convincing herself that he was the one who wanted the Viagra and not the uncle. As if that wasn’t enough, she ranted that too many men, some in their twenties, are taking Viagra. Eventually she shared a rumor about a man who had taken Viagra to impress his new girlfriend of his sexual prowess.  Unfortunately, according to the rumor, he succumbed to the woes of tan pan it too long (exertion) with his cock stiff in hand.  At that point I could no longer stifle the laugh I had on hold.  To have heard the rich Jamaican dialect and phrase, tan pan it too long was refreshing. After I recovered from my laughter, I told myself that anything is possible but sometimes there are times when I will have to use good judgement to distinguish truth from fiction. Viagra is a magnet for erroneous talks and blame. The length and breadth of it in brief is the staying power.  If my granny was alive to hear all the stories about Viagra, she would have told me that Viagra bears bad name like woman and duppy (ghost).  The woman is seen as a hindrance to some; always a spoiler and not always correct or wise. The duppy will be mostly blamed for the damage or mischief created by humans. Sometimes I smile at how easy it is for blame to be passed around or off on others. For argument sake, if Viagra is labeled a duppy, rest assured that it is one heck of a duppy that creates its little mischief with the penises to give men a desirable erection.

Quite like Viagra, I am a magnet for narratives and cutting edge information. Since Viagra sits within the realm, I have no problem giving a listening ear to its plausible trait of resurrection among the various sizes, color and grade of a penis. Viagra seems not to discriminate. No penis is left behind in its operation. It doesn’t have to see name, face, color or creed for it to aid someone in need. Viagra’s mission is to fill its purpose. So how did Viagra come about?  Who discovered it?  Interestingly, someone told me that one day during the course of playing trivia she found out that Viagra was discovered by accident.  The makers had designed a drug for blood pressure but the study proved something else…erection. I have not done any research to confirm the details but according to a friend, saying you take Viagra as a blood pressure medication is like saying you read playboy for the articles. With the discovery of Viagra, I can only imagine that the need for penile implants has been reduced dramatically. Surgical procedures can be nerve-wracking. Hence taking a pill would be less of a hassle whether or not it comes with side effects.  On that note it would be interesting to see how well the female version of Viagra is received as there are talks about that.

So exactly what is the root cause of erectile dysfunction?  Instead of consulting the medical journals I would rather go back in time to visit the elders’ repertoire of speculation and beliefs. In their sight an adult male should hold virility and sexuality as status.  They believed in proper nutrition and having respect for the body, not allowing it to be mastered by sexual desires as a child in a candy store. Consequently, the diagnosis from the elders for erectile dysfunction would be body run dung or empty bag cyaan tan up.  Their suggested remedies would be potent porridges, beverages and punches made from various natural ingredients such as arrowroot, sarsaparilla, irish moss and linseed to name a few.  Seafood was also considered potent.  I fondly think of the men who used to stuff themselves with raw peanuts.  Or even carry the ones in tin as reserve, whenever they visited their lady friends. According to belief, a man eating peanuts before sexual activity will perform stupendously and leggo nuff come, which would indicate to the woman that he is not a cheater.

On the other hand not everyone is a fan of Viagra. There are some men who are gratified to remain in the stage that life places them. They do not jump glory-hallelujah-amen to drugs that enhance sexual activity.  They know that they have passed the stage of youthful exuberance and therefore cannot perform with the same intensity.  Their occasional bird feeding, peck-peck still warrants merit for many.  This gives credence to the maxim there is a season for everything under the sun.  In addition there are men who have gotten to a place of peace and contentment in their lives and that is what makes good relationships. Regardless of the speculations and hearsays about Viagra, I could never end this essay without mentioning that I had had audience with a few men on the prospect of them losing their sex drive. The answer they gave was unanimous and astounding: What you lose in the waist, you gain in the face.  I had a good throaty laugh at the witty street slogan of many years which explains oral sex. After all is said and done, whether or not the men meant what they said or whether or not Viagra remains the focus, one thing that remains for sure is: it depends on ones priority in life.  What is your priority?

Tah-tah!  We live with the choices we make.

Follow my blog with Bloglovin
Posted by Grace at 2:50 PM