…of Easter, Resurrection and Passover

Religion has always been a controversial subject. Some people do not partake in it, whereas some will readily indulge. 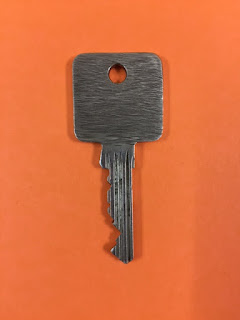 Usually I write throughout Holy Week and give day by day accounts of the attached symbolisms. This year, I'm doing it a little differently because Holy Week and Passover, to which Resurrection activities are tied, are almost a month apart. I'm very careful how I teach about this season commonly referred to as "Easter". The word "Easter" is mentioned once in the Word and has nothing to do with Jesus. It is a pagan festival dedicated to the goddess Ishtar and just happened to coincide with His Crucifixion. The Romans were the ones who merged this pagan practice among others with Christianity, and composed a "RELIGION" that has very little to do with why Jesus came to earth. Acts 12:4 is where the word Easter is mentioned and refers to the capture of the disciple Peter. “And when he [Herod Agrippa, the King] had apprehended him [Peter], he put him in prison, and delivered him to four quaternions of soldiers to keep him; intending after Easter to bring him forth to the people.”

The world attaches their own symbols of chicks and bunny rabbits to this "Easter" celebration. This is because rabbits and chickens are prolific breeders and Ishtar was the goddess of fertility. The true pattern of Resurrection activities should be tied to Passover.

Passover is symbolic of our bondage to sin, the shedding of the Blood of the Lamb which then covers us and signals the death angel to "pass over" us and our households and loved ones. We may die physical deaths because of Adam's original error, but we are spared the second death of eternal separation from God because of the Blood of Jesus.

This year, Passover will be observed April 22-30, 2016. The activities are 7 days long, just like the Holy Week observed in Resurrection activities. The disparities in dates between Passover and Resurrection come because Christianity follows a solar calendar and Judaism follows a lunar calendar. The latter is more accurate because it is consistently 28 days long with an extra month (Adar II) added every couple years to compensate for that approximately one quarter to one third of a day plus 365 days which it takes for the earth to complete its orbit around the sun. The Gregorian calendar has a Leap Year every four years for the same reason.

Holy Week starts with Palm Sunday, and Jesus' Triumphal Entry into Jerusalem. For Passover, the enslaved Israelites had to select a lamb and bring him in from the flock to live in the house. He is prepared the whole week for His ultimate sacrifice the following Friday for the Sabbath. It is a hard thing to become intimately acquainted with a creature and then later be called upon to slaughter it brutally. But that is exactly what happened to Jesus.

The Passover Lamb had to be without spot, blemish or defect. Any of those would render it an unfit sacrifice at the original Passover, and later under the Mosaic Law. Jesus was the only human being that could meet the requirements for the sacrifice to God in our place. This is why the soldiers were prevented from breaking any of His bones.  Broken bones are a blemish which disqualifies a sacrificial lamb.

He was all God but also all man. He was a hypostatic union seeded by the Spirit of God and implanted (by what I personally believe to be in vitro fertilization. Please don't say that I said it is written in the Bible. I said "I" believe that).  So Mary is not the "Mother of God"; she was the surrogate mother of Jesus, the human part of the Godhead.

On Friday, the lamb had to be sacrificed and roasted over fire with bitter herbs and ALL of it had to be consumed. Families were encouraged to share so that there would be no leftovers. That's why many Jewish families invite their friends over for Passover, and it is where the traditional "Easter Sunday" dinner after church sprung from. The blood from the original Passover lamb was smeared on the door posts of the houses of the slaves so the death angel would pass over their houses. It was a type and shadow of our own escape from slavery to sin and having death pass us over because we are covered by the Blood of Jesus. Their covering was natural. Ours is supernatural.

He spent 3 days in hell. Please note that the Jewish day starts at sundown and any part of a day is accepted as a whole day. So He was put in the grave and rose early on Sunday Morning. Easter Monday is only a tradition of the Romanized church and has nothing to do with the actual time span of Jesus' death, burial and resurrection. Selah.