Retirement Is A Full Time Job...I am not bored yet

On July 28, 2017, I became of age, again. The theme was retirement. It came about during the ongoing Trumpisms, by now the world has been informed that Donald Trump had won the 2016 Presidency of the United States of America, and allegations of sexual harassment by some of our men in power. Their featured trait is nimble-hands. They enjoy, feeling and touching. Why can’t they look but don’t touch? Are they governed by their genitalia? Back in the day my parents would say to me “look but don’t touch” and that was when I became deeply focused on something interesting: candy, gadget, pen or figurine. My parents knew that unauthorized touching could lead to problems. They had no time to address the innocent, inquisitive and curious mind of a child because they would be held accountable for any damage done. 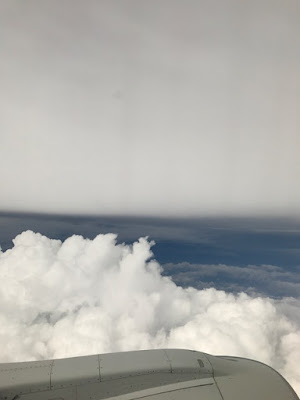 Can I say the same thing about the grown arse men who behave like a rooster in a coop with a hundred hens? Or, of those who have the tenacity of a bulldog when they see a target. Woof! Woof! Give it up! I want that body. They play on the vulnerability of females all the time. And always the females who are in dire need.  Females with aspirations.  They have no shame in saying, I have the handle of the knife and you have the blade. Oh my God! How disheartening and sad, just thinking about the nonsense of it.  They are like salesmen. The swaying and most believable line to make the females’ heart race and drop their panties quickly is, “the ball is in your court”. Get the hell away! Not that ball?! It is the last and saddest ball any woman would want to play with especially when it is thrown at her against her will. If a woman should go through life giving into men’s heartlessness because she has an obligation to provide for her family and take care of herself, soon she would look like a retired whore. Beaten down and haggard looking.


Retired! Subtracting the aforementioned. I am happy that my coming of age on July 28, 2017 allowed me to retire with dignity and not against my will. I embraced my retirement as a big deal. Bigger than the other coming of age times such as when I had stepped into the threshold of womanhood, became eligible to eat large portions of food like my parents did, go on dates, get married, do the horizontal or the missionary which by chance gave way to birth and life. The wait for those segments in life were filled with anxiety, anticipation and imagination. But now that retirement is here, it encompasses all of that with one other element added: my freedom. And here’s to my retirement in a jailhouse glowing perspective of employment: I was finally paroled after 30 years, 3 months and 1 day to the date. It was the dawn of the golden age, without wearing pampers, I hope. And in which I can do anything and feel comfortable doing it without the watchful eye of a clock. All 24 hours every day belongs to me because I earned it. 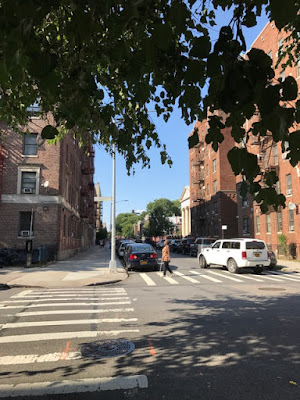 Bye to a wild commute: No more crowded subways. No more looping in and out of crowds in the landmark Grand Central Station. No more unexpected dance with a stranger as I walk along the busy jampacked streets and subway platforms. No more shielding my nose with my hand to block the morning coffee-breath beside me. No more display of a straphanger’s “throat-hole” on account of an uncovered yawn. No more stale liquor fumes to inhale...mostly vodka.  No more dodging spitballs as straphangers engage in conversations. No more having to contend with the stench from a silent fart.  No more asking someone to cover their sneeze or cough. No more longing for a seat. No more screw-face from me at the straphanger who sprawls across the seat, taking up more than their fair share. No more saying “I can’t believe it”, at the straphanger who fills a seat with bags. No more feeling of disbelief at the riders who placed feet with shoes on the seats. No more viewing different shades of underwears from females dressed in micro mini and sitting in my line of vision with their legs wide apart. Likewise no more ogling of male genitals being displayed before me as I remain trapped in my space. No  more overpowering perfume and cologne to assault my senses. No more disrespectful vagrants and panhandlers to contend with.
Bye to the talented subway and street performers.  They were singers, dancers, comedians and magicians, entertaining at their best which was always enjoyable, especially after a hard day at work.

Bye to the romantic commuters who remained totally oblivious to their surroundings until a fellow commuter yells,”Go get a room”.

Bye to the happy hour spots and eateries where it was sometimes necessary to unwind before the hectic commute home.

Bye to all the strangers I had met along the way who became my friends away from home.

Retirement is a full time job without pay. During my preparation leading up to retirement, the buzz from colleagues, friends and family was that boredom would hit me like a ton of bricks. Despite the fact that I had plans in place, the heads up about being bored worried me as it seemed like a course that retirees must chart. Well, after about three days into my retirement, it was obvious that being bored would not be in my portfolio. I had medical appointments to handle, followed up with social security which made me groan about the few pennies that would be bestowed on me after this and that were deducted, I desperately went into a scrounge mode to see if any other pennies were hidden anywhere, and get the full 411 on medicare and more.

Neighborhood. For the times when I am not flying or doing chores at my dwelling, I can be found strolling my neighborhood and looking at the new structures going up in every nook and cranny. The investors have no builder's remorse when it comes to putting up new buildings in the slimmest spot. The effort and intention is all about the rental and the amount of money that can be made. The rooms are not big and it is very important not to buy giant size furniture to take to these new apartments because they will not fit.  In some cases it seems as if you cannot maneuver properly in the room because of the space.  The joke is that if someone needs to turn it’s best to go outside and re enter the room in the desired position.  As for cost of homes, I never thought that I would live to see and hear about million-dollar prices  for homes in my neighborhood. I have lived in my neighborhood long enough to recall when it was considered a dangerous place to live. These days it is the most wanted place to live. 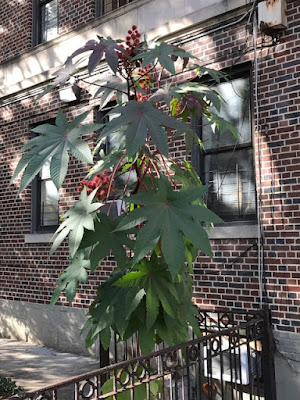 Talking with people. My next fun thing to do as I walk around in my neighborhood is to talk with people. I have listened to many stories and in doing so I have come to find out that there are a lot of homeless people walking around. Some have been abandoned by their children after aiding them financially.  Some have lost their place of abode because of illness and not being able to work.  Some are lazy. Some are mentally disturbed. I was also taken aback to find a few homeless Jamaicans among the bunch. Their stories are sad. I recall allowing one of the ladies to sleep at my dwelling for two nights. Please note that she came with a reference from a friend who had given her a few night’s shelter.  She is still without a place and refuses to go to a shelter.

Hygiene is excellent among some homeless ladies. I must point out that most of the homeless ladies are properly dressed, face beautifully made up, manicured nails and hair properly groomed. Sometimes I chuckle to myself as I look at them walking with a purpose. It’s very hard to tell that they are homeless or down on their luck. And to back that up it would be a missed opportunity not to see the winning smile thrown at anyone who tells them how beautiful they look. They masked their troubles well quite unlike a couple other Jamaicans who would rather sleep on the paved sidewalk.  One in particular decided to return to Jamaica. She is no longer among the bunch. According to a report from someone I know, she is doing far better than when she had lived in America. 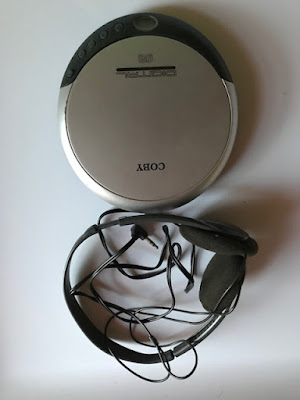 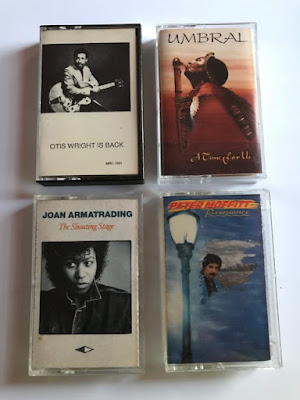 Hobbies. I have been doing my jewelry making, people watching and reading.

Facebook. I need to scale back on my visits to Facebook.  I am in control. Not Facebook. I have to admit that it is a therapy spot for me though. I go there  to gallivant.

News reports. I am consumed by all the sexual harassment scandal and Trumpisms because there are no other news to report...so it seems.

Children, grandchildren, friends and family.  They have been amazing and encouraging in all things good and uplifting.

Music. Music is top on my list. I took pleasure in going back to the days of playing cassettes. I even hauled out an old walkman.  According to the saying, “If music be the food of love play on”.

Pictures. My mobile phone is a God send. I have captured the wanted and unwanted. Their storylines are unique, interesting and amazing.

More Trips? Hmmm...I have the Island of Jamaica in mind.

Tah-tah!  Each segment in our lives comes with a theme.