If anyone should ask me to explain culture, I would say to them that “culture makes the world go round”. We share, adopt and contribute.  It is the round robin in society be it through dance, art, religion, culinary arts, music, sports and more. Culture is also associated with biology which will not be drafted at this time.

Now, when it comes to tradition, it is deeply rooted and has a way of getting around too. Sometimes when it makes its debut here and there the impression is lasting, especially among children. On one such occasion, I was intrigued by an essay written by a seven year old Jewish girl which was sent to me by her mother, my friend of many years, for its authenticity.  In it she relayed an activity about the rolling calf. Rolling calf stories exist in Jamaican folklore but more importantly, how did this seven year old learn about rolling calf? Did she learn about it through a babysitter or at school? As far as I know a rolling calf story told during bed time as a child used to have my siblings and I huddling with fear as it was supposed to be the King Kong of all ghosts. This little Jewish girl is either associating with Jamaicans or reading about Jamaican tradition.

Being a Jamaican, I felt compelled to share with others how far Jamaican tradition has traveled in bits and pieces to hook a little Jewish girl in North America. Without further ado and with permission from her mother, please read her rolling calf story noted below: 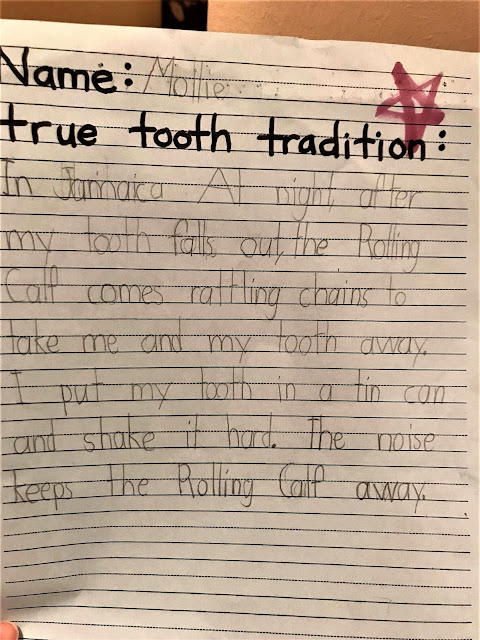 Tah-Tah!  There is no end to knowledge.