How Prince Harry and Meghan's Romance, The Curry Flavor Twist Broke Royal Tradition to Help Others

In the beginning there was flavor and the flavor was with romance. And that romance was kept among a chosen few for safekeeping. The romantic flavor, in due season, ripened beyond measure and was shared among the people across the globe. For who would have thought that a certain Prince from England named Prince Harry, the son of Prince Charles and Princess Diana, would have journeyed to a far away land called Canada to find his lady love? Before that, his lady love, Meghan Markle, an American actress, older than Prince Harry, biracial and a divorcee had travelled across the continental divide to reside. 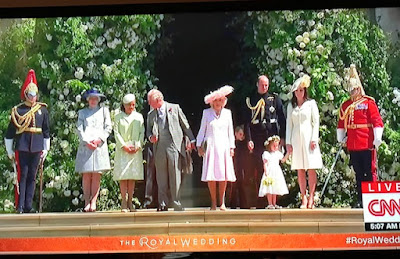 The seasons changed across the land. The sun played and then hid. Birds flew high with spiteful intentions. The moon stood against the clouds, stars sparkled while a volcano belched with fury. In the meantime, the people had soon forgotten about the hottest flavor on the scene, royal and biracial. Then came news from Kensington Palace that Prince Harry had proposed to Meghan Markle to stir them from their forgetfulness, purpose and contumacious ways. Television screens flipped and raced back and forth as the couple romantically stood side by side in a garden at the Palace to share the exciting news and the details and sentimental value of the engagement ring. And behold the people with the book of Genesis on their minds looked at the garden and smiled with thoughts of Adam and Eve. 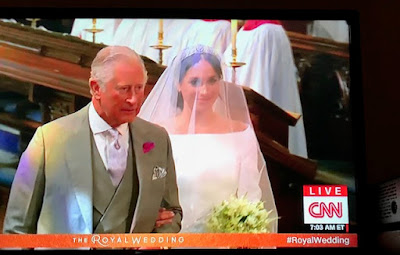 Before night could turn into day, the impudent behavior among those in the media descended upon Meghan. And so did the doubtful with their main concern. Did the Queen really accept a biracial woman to be the bride of her grandchild, Prince Harry? But such behavior was no match for the strong flavor of love. For what was founded on love shall remain love before the eyes of the people. The days following the announcement of Prince Harry’s engagement to Meghan brought hope among the females who were labeled cougars because they preferred to date younger men. And hope was also seen for the people who were afraid to expose their interracial relationships. It became clear that age is just a number and that love has no color nor boundaries. Neither should anyone tally the times a woman will kiss a frog before finding her prince. Thus said the adage. 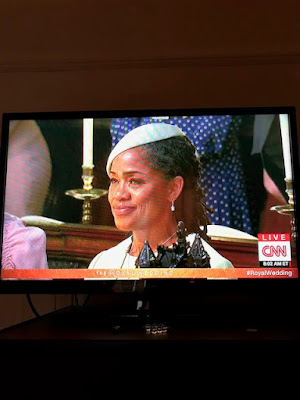 And if one seek one shall surely find. So it was in the City of Brooklyn, New York, Flatbush neighborhood, a surge of interracial couples became evident more than before. Black girls with white men by their sides paraded supermarket aisles in daisy duke shorts unable to control escaping butt cheeks. And the Jamaicans who saw giggled as if pumpum shorts of dance hall fame is without sin. Whereas the elated females expressed themselves, let it be known that Meghan was with good report. The public had never seen her wearing such garments. And by then ripped jeans had disappeared from her public clothing. She had already taken on the noble look in her attire and adopted the royal etiquette. Likewise, in that same time, black men walked proudly alongside white ladies and made sure to hold eye contact with passersby. For it is in seeing that they will understand. Carriers of yoga mats and bottled water spiked. Dreadlocks hairdos were held under intense gaze. And smiles became necessary having seen the multitude of romantically involved walking about freely, happy as larks, following their hearts. 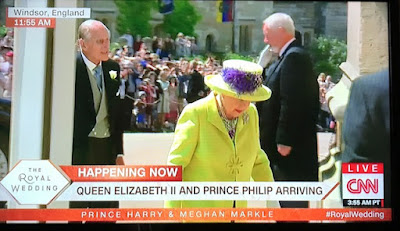 And it came to pass that a wedding date of May 19, 2018, was set for the royal wedding between Prince Harry and Meghan. And the mischievous people erupted with laughter, gossiped and expressed that they cannot wait to see the day when Queen Elizabeth II would hold her little biracial grandchildren. Aha! Little did the mischievous people of the land know that before Meghan came along gossipers mentioned that Queen Charlotte from way back when, in the early centuries, was not full white. She was the great great great or so grandmother of Queen Elizabeth II. And to those who believe or doubt, their hands will search the land of Goggle in due season to find out.

So as the wedding plans went forth, there came a loud noise from Meghan’s siblings who were white. Before that, it was made known that Meghan’s mother, Doria Ragland is black, wears dreadlocks hairdo and a nose ring. She is also a yoga instructor and a social worker. Her father, Thomas Markle who worked as an Emmy-award lighting director is white and has other children who are not of Meghan’s mother. They are white and with a strangeness in behavior. All manner of unkindness came from them towards Meghan. The news reports became relentless. Staged paparazzi pictures by Meghan’s father were revealed. And the people of the land were astonished. How could it be that so much bitterness could exist among them?  Then came news that Meghan’s father was in a far away land named Mexico, ailing, and that he would not be able to walk his daughter down the aisle. Frenzy hit the land and the loud mouths from various media thrones and talk-shows fell in accord, speculating that Doria, Meghan’s mother, might be the one do it. But low and behold before the situation could explode further word came that Prince Harry in his shining amor spoke. And the world and all the brouhaha stirrers became calm. 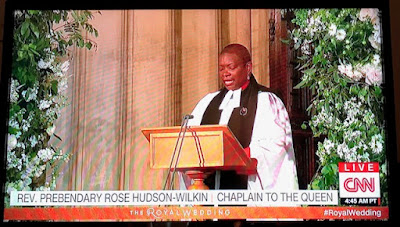 And it came to pass that on May 19, 2018, the royal wedding day for Prince Harry and Meghan Markle arrived to seal the love flavor between them. By then a multitude of people had journeyed from far and near and descended at Windsor, Berkshire, England. People stood by the wayside to view as much as they could. Whereby those who had rank and were special quests took their seats in St. George’s Chapel, Windsor Castle.

Television land made it possible for viewers across the land to witness the historic royal wedding of true love and with a break in tradition. And it was ordained that fascinators, hats, handbags, shoes and garments were the handiwork of people with creative minds and sewing machines. And those same viewers in far away lands became wise and took pictures of the many scenes that raced across the television screens. Some pictures were perfect whereas some were poorly angled and not of brilliant shine; yet they remained precious.

The romantic flavor between Prince Harry and Meghan permeated the air as the bride in all her radiant glory appeared down the aisles of St. George's Chapel by herself to a certain point where she met Prince Charles who took her to the waiting Prince. Queen Elizabeth II looked on with no expression on her face to read. Was she having a good time? For thou noble woman must have known beforehand that a black gospel choir would have sung “Stand by me” to charm the heart of any dead rat bat. The young black cellist went ahead and pumped up the flavor. Life without flavor is dull said the jolly. And all the other hues rejoiced to see the unity when everyone gather in the name of love. 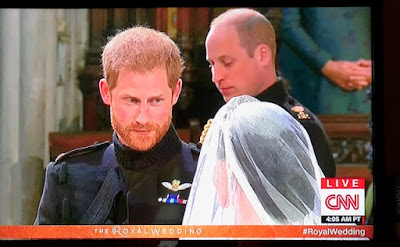 And what a flavor it was to see a Jamaican among them, Rev. Rose Hudson-Wilkin, Chaplain to the Queen. Those who knew nothing about her were amazed when they heard. But in the end it was the man from afar who in a strange land that would wake the town and boldly tell the people about love. Reverend Michael Curry, an American, was that man. He turned on the light of love in St. George’s Chapel at Windsor, using his Curry flavor with a touch of Songs of Solomon, Martin Luther King and slaves. And the royals and guests looked on. Some perplexed, some smirked, some stoned-faced, some smiled, because never had they heard such teachings in their land. In Television land some viewers cheered and some feared that he had gone off script. Tek him dung! Nuh spwile di royal wedding, came the Jamaican voice in my head. What manner of man is he? That he should be so bold before strangers with his words about Martin Luther King and slaves. But alas, he endured and ended with love as Prince Harry and Meghan looked on with joy. Doria understood the teachings and she nodded with smiles. It was American. It was fire. It was Curry flavor. Her daughter Meghan had found love.

And when the vows were taken, Meghan officially became a member of the British Royal family. Prince Harry and Meghan Markle now Duke and Duchess of Sussex were all smiles, filled with love, Curry flavor and togetherness as they walked down the aisle of the St. George’s Chapel, hand in hand. And so it was that when they alighted from the Chapel they kissed, the love flavor was fully sealed for the world to see. The people rejoiced and were exceedingly glad that a new day had arrived in modern Britain.

Tah-tah! All things are possible. Love has no color nor boundaries.