It has been said numerous times that good things come in small packages.

Back in the day I attended Nazareth Primary School located in Maidstone, Manchester, Jamaica, West Indies. While there, the female students from a young age were cast into home economics classes. The agenda included sewing. Female students were taught how to crochet, tat, hemstitch, decorate dresses with smocking and sew garments without the use of a pattern (the method was called free hand sewing). One of the first garments that the girls were taught to sew was the “scanty”. A scanty was also known as baggie and panty. But none of these labels sounded decent for little girls to repeat in a classroom setting and especially in public. Hence, to say “scanty” was appropriate and becoming. 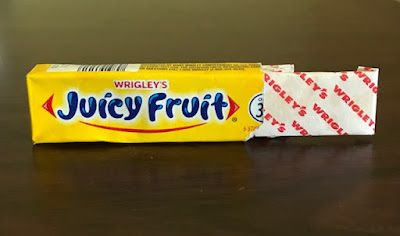 A scanty in those days was made out of cotton or calico fabric. Or, to be more resourceful, flour was stored in strong cloth bags and delivered to shopkeepers. Customers would place orders with shopkeepers to receive one as soon as they were relieved of flour. In return, the customers would rip open the bags at the seams, bleach away all the writings and thoroughly wash the material. Elastic was placed in the waist of a scanty but none in the legs, which was done on purpose for ventilation. With such a design a little girl should walk with care and guard against jumping and spreading her legs, as hidden areas could be revealed and met with laughter and a description to further embarrass: Mi si yuh lickle fishy. Meaning: I see your prized possession, the vagina.

Now that the word scanty has been expressed (and also to give millennials another reason to use this old fashioned term), this leads me to the main purpose of this essay. So here I go without further ado. A few years ago I journeyed from America to vacation in Jamaica. I had had the usual great and fabulous time with family and friends and was preparing to return when on the night before the set date, a relative came to me with a sealed envelope to deliver to her lover who resided in New York, my destination. I took the envelope but grew a little suspicious about a bulk I felt. It could be drugs, I said to myself. And inasmuch as she is a relative, I am not taking any chances with any unknown contents. With no one in sight, I carefully opened the envelope. In doing so, i found something wrapped in cloth that was protected by a handwritten letter. On proper inspection, I discovered it to be a piece of scanty, the crotch, and a stick of Juicy Fruit gum.  My good Lord! Haha!

I laughed until tears flowed from my eyes and formed a bowtie under my chin,  knowing that I had feared the worst about the contents of the envelope only to discover that it was a piece of scanty wrapped around a stick of Juicy Fruit, chewing gum. I then proceeded to read the letter. My eyes  bulged with excitement and more laughter came. The words in the letter were words of love. My relative had found it necessary to express her undying love for her lover in New York and reminded him, without mincing her words: Honey my pussy will always be the best no matter how many other ones you will come across in my absence. She wanted to deter her man from cheating and to stay true and committed to her. Let him remember the good times they had together in Jamaica as lovers before he left for America. The letter was a great read. However, the scanty crotch and chewing gum became a hit. In my head, in the moment, that was a damn good and clever move by my relative, Juicy Fruit chewing gum was the perfect item to express her true feelings for her man. Youth allowed her to be juicy and possess gum to “hold” her man from a distance. Keep him focused on her and no other female,  while the contents could also translate as her being sexually starved, a symbol of loyalty.

Did I reseal the envelope and take it to my relative’s lover in New York?  No, I didn’t. I returned the envelope with contents to her. I expressed that while I understood her purpose and feelings, I would not be able to deliver her special and romantic effort as “randomness and suspicion” seem to be traits among customs and immigration officers. She smiled and told me no problem.

If I am asked to choose my family, rest assured that I would choose my same crazy ass family again. My family is complete. Hahaaaa…


Tah-tah!  It’s healthy to express feelings, thoughts and self.