A pacifier is also referred to as a dodie, soother, binky, dummy or teether.

Given the wavering political climate in America and all the diatribes of relationships, home, work, healthcare, financial groundings, social media, Alexa and social conditions, how many times have we heard the statement desperate times call for desperate measures? And exactly what do people mean when they use that particular statement? I wish I was a mind reader but since I am not one, I will share something I have observed; a possible reaction by the people who are troubled about the times we are living in. While also wondering if our beloved America will be going to hell in a hand basket. 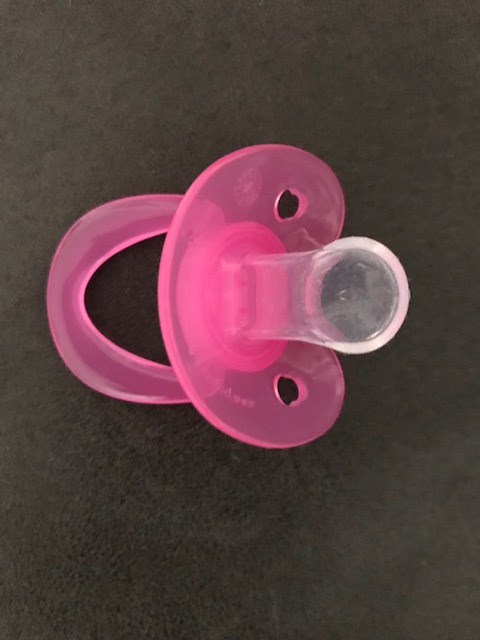 Often times, parents warn children against putting foreign objects in their mouths. Those who suck fingers are no exception to the rule. There would be a strong opposition by parents when a child was caught sucking fingers. According to the parents, the child would end up growing a buck tooth. Parents addressed the situation as a horrible look and were quick to give a  demonstration to scare the children. Nevertheless, parents are humans too and sometimes they never practice what they preach. In their moments of desperation, wanting to get something of importance done and having a weepy child in their care, the only measure that could do justice in that moment would be to push a pacifier in the child’s mouth to give comfort.

The baby with the pacifier in the mouth becomes quiet, relaxed and comforted. It’s then quite noticeable that the parents' desperate measures worked in desperate times. They get to carry on doing work without interruption. The pacifier is a silencer too. Perhaps a bit and bridle which could be a topic with relevance at another time. And so recently, in my neighborhood, as I watched a few adults walked along the streets with pacifiers in their mouths my only thought is that the pacifiers must also be their desperate measure to the desperate times. Immense comfort. And also, a warning to men who are quick to ask for a blow job/fellatio, that sucking on a pacifier is best. Some will not be deterred by that action. They will see it as a rehearsal. I also considered that they having a pacifier in their mouth could have been a result of a medical situation. I refuse to stand in agreement with myself at this moment in time on the medical aim. In the mid nineteen nineties, also, a pacifier in a teenager’s mouth was a fad. The pacifier has had a run of the mill, holding various positions. I am sticking with the pacifier in an adult’s mouth as a desperate measure for desperate times, peace of mind to the weary and confused soul.  Why not?

Tah-tah! Pacify the  soul to keep the peace.