It’s Over, English Language...Galang Wid Your Words and Grammar

If I were to define grammar, I would say it is the rules and words which embody sentence structure.

The words corrupt and dysfunctional come to mind when I take a look at the English Language. Except for the linguist who toils over its root words to find the correct baby father, baby mother, siblings, relatives and bloodline, everyone else should at some moment in time show anger and frustration. Inasmuch as Standard English/English is my first language, I would not say that I am a clipper at it. One thing I know I can attest to is the fact that I can switch gears quickly between it and my Jamaican dialect. To bamboozle and feel fancy I will sometimes even do a blend of both languages as seen in the title of this essay. Before going further let me translate it: It’s Over, English Language...Go Away With Your Words and Grammar. 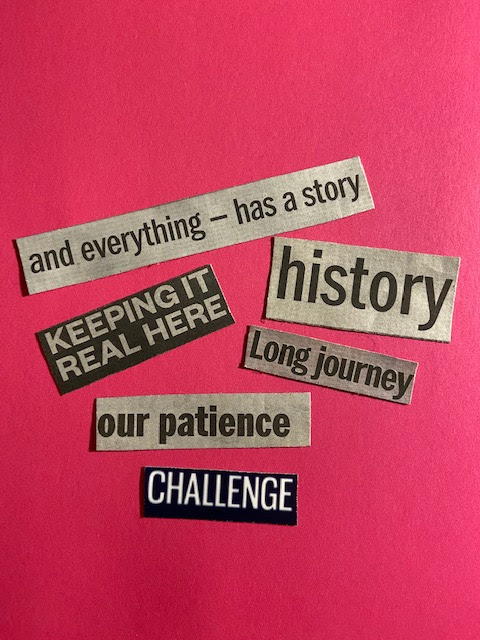 Oftentimes I have heard others express that the English language is the most difficult language on the face of the earth. Confusing! And this is especially the case when it comes to tenses, singular vs plural, words that sound alike and of course punctuation marks. They are considered biggies and should not be overlooked. Do grammarians ever get tired of patrolling articles to see if they are properly written? And what if they are not grammatically correct but are strong in regards to the gist and logic? Clear understanding. Will the owners of such articles be taken to St. Peter’s gate? Perhaps it would be of benefit to listen to the information shared in those essays rather than to criticize the possessive ‘s not positioned in its proper place or when it represents "it is" and not "its". Or, the mixups between "you’re" and "your" and "there" and "their". And the list goes on and on including the conjunction I used at the start of this sentence. But, there goes another conjunction to start this sentence, after being whipped and reprimanded at school back in the day for using conjunctions to start a sentence; today in the 21st century this bad habit appears to be officially acceptable. Adversely, are the adverbs too, such as the one I used to start this sentence.

Curiosity at some point in time led me to search for the root words of a couple English words. In doing so I came across something very interesting. It triggered my mischievous streak as I processed the newfound knowledge: Scriptio Continua was a common way of writing text in Ancient Greece. There were no spaces or punctuation between words. Itwascontinuouswritingnoperiodsnocommas. Hahaaa I love this! Such fun days would have been a nightmare to the modern day grammarian. Hocus Pocus!

At the end of the day regardless of who we are or where we are, every Jackman should adhere to rules. And in this case the focus is on the rules of English Language grammar.  However, there are times when certain rules warrant looking into. I often think about the singular and plural forms of words: One pig, two pigs. One sheep, two sheep. One house, two houses. One mouse, two mice. One computer mouse, two computer mouses. Is this a joke? Hoax? And the words: Sing, sang, sung, song! Is it ablaut? Or, is it an assault on the brain? And not to mention the ridicule displayed by some users on social media if the words am, is and are are incorrectly used. For example: You is instead of You are. Or, I is instead of I am. Let’s say a person approached you with a weapon in hand and said, “I is going to kill you”. Would you correct the grammar or make a hasty retreat?

Tah-tah! Be wise as serpents and harmless as doves.