Viagra For Worship Required In These Times

God helps those who help themselves.

For some people worship has become a part of life. Some may find it in religion, some in material things, some in foods and personal pleasures. Whichever worship becomes a person’s choice it is obvious that the association or connection can draw criticism from outside sources. People will pay attention to others or be in other people’s affairs instead of theirs. Perhaps such individuals are not aware of what they are doing or it could be that they are with a deeply rooted habit: to meddle or be nosy in the name of concern, personal interests or extending help. Or, even in the name of God because he is expected to mend and fix. 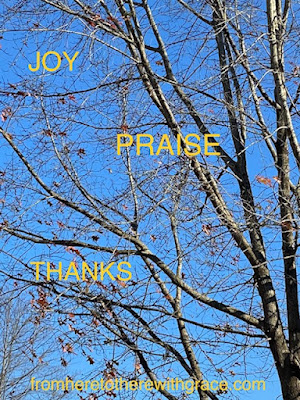 Most people at some point in time have dabbled in religious beliefs or worship and then only to see them relinquish or relieve themselves of such enthusiasm. To be more specific, church worship has become dull. Some Pastors have lost their zest in winning souls. In my Jamaican vernacular it would be: Nutten nah gwaan fi church (nothing is going on for church). The members have become far and few between. Missing from church activities. The Pastors’ sermons and preaching have become dead and so are the congregants. Their words of exaltation have fallen on deaf ears, sleepy people and social media enthusiasts. They can no longer charm the heart of a dead rat bat. The result has seen many vibrant churches which once had many members now reduced to a handful. And Pastors and their repetitiveness in the name of Malachi’s words about tithing have further driven one half of the remaining handful away. And to further compound things, when one thought that technology had already stopped the flow of in person attendance to places of worship, up came the pandemic due to COVID-19.

When it comes to the congregants or even the public at large, the cry about lack of faith and not putting trust in God are the new punctuation marks by most Pastors. Period! LOL. But, have they really assessed the situation to find a strong reason or cause for the behavior? Is it that people have lost faith in the word of God? Or, is it because information has become readily and more available and controversial? Whatever the root cause of dwindling interest towards worship is, Pastors need to get to the bottom of it because soon they will be speaking, preaching and teaching empty pews. There will be no more talks about “where two or three are gathered in His name”. Instead people will be at home cooking, eating, drinking, dancing, arguing and more with very little interest to cultivate undivided time for worship.

Seeing the desperate need for worshipers to be in touch with their faith, again, Pastors and worshipers should fall in unison by some good stimulant: worship Viagra that can joyfully penetrate the heart and soul to a Hosanna in the highest. Inasmuch as each church going person is responsible for their relationship with God, it is likewise important that Pastors cease the way they reprimand congregants if they expect them to draw nearer to God. Stop shouting at them. Instead use their voices in accord with the congregants to make the joyful noise as was instructed to do. Stop criticizing their lifestyles and be amazed at the rain that falls on the just and the unjust. Give thanks and praise from whence and whom the blessings came from. Stop forcing worshipers to give money they don’t have. Instead have an understanding and bless the little they can afford to put in the collection plate. And dare not to invoke the Peter mouth on them. Not even utter an inch of loin cloth that can be easily confused with those rebels of cultural klaat.

Yet, isn’t the house of worship a repair shop? Isn’t it a clinic? Why not sing songs of sweet praise and romance to capture hearts. Where is the admiration for lover man Solomon and poetry man David? Why not use the feel good lyrics which often besiege lovers to give it up in their missionary stance. Stir the congregation to moan and groan in repentance as they surrender their all to Him. Why not by words inflict a tickle here and a tickle there to draw everlasting love. Sweet scented rose of Sharon. Be romantic through and with  the word.

Until the perfect worship Viagra is found, churches will continue to see less people entering with passion.