MAY IS MENTAL HEALTH AWARENESS MONTH! Today is May 31st and I would like to end on this note:

FOR YOUR MENTAL HEALTH, please understand that IT'S OKAY TO BE MISUNDERSTOOD. 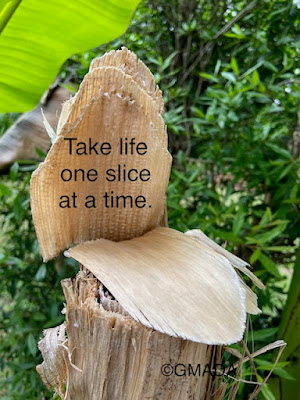 Not everyone is going to “get you” and not everyone WANTS  to “get you.” Some people just don’t like you, for whatever reason, and will do/say things to harm you, so accept that, stop wasting time/energy to convince these people of your innocence or good intentions.

It took me TOO long to learn this! I wasted much time through the years explaining myself to “deaf” ears. But I did that due to my Christian values and not wanting Christianity to be looked down on because of any misunderstanding about me but this RARELY works! And I hope you can learn faster than I did. So, honestly beloved, it’s okay to be misunderstood. Allow me to use a Bible story to illustrate.

Many of us remember the story of king David’s best friend Jonathan’s son Mephibosheth, from Lo-Debar, right? After Johnathan and Saul were killed his nanny was fleeing with him in her arms to save his life but he fell somehow and his leg was permanently disabled.

We know how David took him back to the palace when he found out about him, by this time he was an adult, and he sat at David’s table for his meals and David was very kind to him. Well, after sometime Absalom, David’s own son, rebelled against David, due to rising resentment against his father for doing nothing when his sister Tamar was raped by her half brother (David’s son) Amnon! So the anger/rage in Absalom festered like a sore and spilled out years later in open rebellion against his father and a desire to take over the kingdom from David, who had to flee the palace and the city to escape Absalom his son!

After David fled to safety, he also sent word for EVERYONE in the palace to flee also because he believed Absalom would kill them. Mephibosheth asked his servant Ziba to saddle a donkey for him as he was not able to flee on foot due to his disability. Ziba then said to his master, you stay here and hide here and  I will flee to the king and tell him that you cannot travel to be with him but you sent me in your place so that I can represent you in the king’s cause. Mephibosheth heard him out and agreed with the plan.

When Ziba got to the camp of David, he told David a different story! He told him that Mephibosheth had turned against him and joined forces with Absalom in a total act of betrayal/treason! You can just imagine how this hurt David and the king was so disgusted with Mephibosheth that he gave ALL the wealth he had to Ziba and left Mephibosheth with nothing!

Once Absalom was killed and David returned to his rightful place as king, Mephibosheth went to Jerusalem and hobbled into his presence. When David saw him he immediately asked him about the great betrayal he was told about. Mephibosheth told the king the truth. David listened and realized he was told a lie, but in an act very strange for a king, he didn’t punish Ziba for preying on a crippled man and for lying to him, instead he said to Mephibosheth, “you and Ziba divide the land.” (2 Samuel 19: 25-30). Mephibosheth however told David to let Ziba have it all! He understood how dangerous it is to continue associating oneself with those who choose to be evil against us without a cause. He May have been crippled but he VALUED HIS PEACE OF MIND MORE THAN EVEN WEALTH!

I heard this story first from a Rabbi because I had not noticed it in the Bible before! The Rabbi explained David’s action saying that once you allow gossip about another person in your system you will never be completely free of that poison. That person can only RARELY fully redeem themself against the character slaughter someone else chose to heap upon them,

So, as this month of May comes to a close, I suggest you become okay with being misunderstood. Value your peace, the love of family and good friends, more than you value getting people to understand you. I know we all want to be valued and understood but sometimes it will take too much effort on their part to admit they were duped and  they were wrong about you, so they rather leave the wrong as right, and some even find reasons to justify why you were treated so unjustly. Listen, David was a very godly man, yet he didn’t make much effort to correct the evil done to someone who was innocent, so what chances do you and I have amongst so many who are ungodly?

If you can get away from those involved and go somewhere else to cultivate your peace, do that, but if it’s a situation you’re stuck in, cultivate your peace by practicing mindfulness, listening to music, journaling, going for nature walks/ocean walks, etc. Do not sit there feeling sorry for yourself! Continue to be the best version of you wherever you are planted because as God is my witness, your Redeemer lives and He is your righteous Judge.

It’s Okay To Be Misunderstood.

*Zanne Barr is family member and a Medical Doctor who will engage you on topics of interest. She will debate you until you scream, listen or run. Haha!