The Bug In The Hair Glue

Bug by all its definitions has always lived up to its reputation. It’s bothersome, it destroys, harms and obstructs. The damages are not easily dismissed. Yet there are people who will see the bug as a friend rather than a foe. Someone with a mischievous streak finds it easy to walk into a crowded room and shout “BUG”. The utterance is expected to send people fleeing in fear in all directions as if it were the day of reckoning. 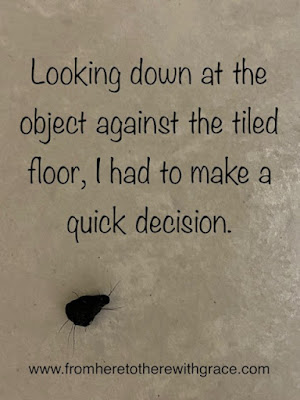 In the world of creepy crawlies, the sighting of a bug automatically forces some people into silence and freeze mode. It’s also imperative that the eyes adjust to a steady gaze because in that moment of gripping fear the bug is viewed as an enemy. Its intention is to bite or sting and make a quick escape.

In November 2022, little did I know that as I relaxed at home, I would face the arduous task of eliminating a strange bug lurking in one of the rooms. I had never seen such a creature before and wondered if it was a Noah’s ark moment. It was, black, ill-shaped and had fine legs. Looking down at the object against the tiled floor, I had to make a quick decision. I didn’t want it to escape my view to a hasty retreat in any crevice or corner of the room and then return when I least expect it. I had to defend myself from the creature inasmuch as its face was pointed to the north, not aiming at me.

The position the object settled in gave me the advantage of having my way with it. There was no time to spare to look for tools to carry out the act, so I raised my left leg and then dropped it forcefully on top of the object, twisting my foot with the hope of pulverizing it. A few seconds later I lifted my foot to see the damage done and to my surprise the object was still intact. Not crushed nor bruised. Enveloped with concern, I reached for a piece of white paper towel, picked it up and looked at it. Its legs and body were healthy. I then asked myself, what kind of creature that small had the ability to survive the crushing weight of my leg and the many twists with my foot. It must be an alien from Mars, I smiled.

Still holding the object in the piece of paper towel, I took it to my daughter to determine the identity. I opened up the napkin, showed her the contents and asked, “Is this a bug?”

“No way,” I said and laughed out loud when I remembered how hard I had stomped and twisted the object against the floor. In my recourse to quell the mistaken identity, I told my daughter that God wanted me to exercise my leg and foot.

Tah-tah! Mistaken identity has ruined the lives of many.