Fashions come and go and today our foods seem to be following in their footsteps.  Lately, in and around the West Indian community in North America, I have seen a grand return of the sweet potato at our dining tables and restaurants, especially among Jamaicans.  The sweet potato is an edible tuberous root and comes in many varities.  The colors of the skins are yellow, orange, brown, purple and red.  The fleshes of the various sweet potatoes also boast different colors such as white, red, yellow, orange and beige.  This lowly tuber now turned a sought after food confuses us when it comes to its name.  Besides its scientific name, Ipomoea batatas, in parts of North America this tuber is called yam.  In other parts of the world the sweet potato also carries different names such as batata, camote and goguma.   In my opinion the colors of the flesh and skins are already enough to confuse me so why add to the confusion. 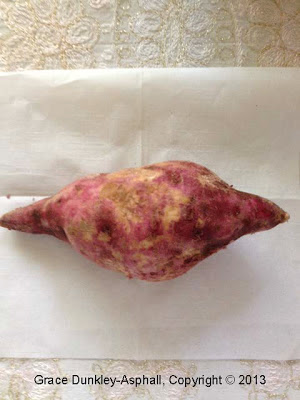 In further addressing the return of the sweet potato within the spectrum of meals, to be more specific I am referring to the sweet potato with the red skin and white flesh, I willfully recall when this tuber was treated as the stepchild of ground provisions in Jamaica.  Some people even refused to eat it because of the heartburn they claimed it caused.  The sweet potato was by no means measured up to the more familiar tuber that we referred to as yam. The names of such yams are vast: yellow yam, renta, taw, St. Vincent, Lucea, mozzella, negro, soft white yam and pum-pum to name a few.  The sweet potato was not allowed in soups because of its sweet flavor.  It was cooked separately to be had with the soup.  The sweet potato often times was used to feed pigs and the only instance I can recall of the sweet potato being readily used for human consumption is to make a delicious desert known as sweet potato pudding.  It is so delicious that the method under which it was prepared back in the day earned it the name “hell a tap, hell a battam an hallelujah in a di middle”.  It was baked in a dutch pot in the outdoors or in a kitchen away from the house, having placed burning wood on the top of the pot as well as underneath.  The sweet potato is considered a complex carbohydrate, a good source of iron, potassium, calcium and fiber. I am sure that many of us are now regretting that the pigs had the better part of nutrition while we reveled in pride choosing rice and breads and other preferred starches. 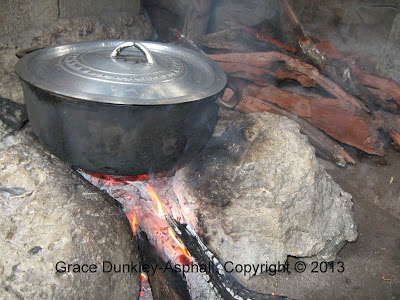 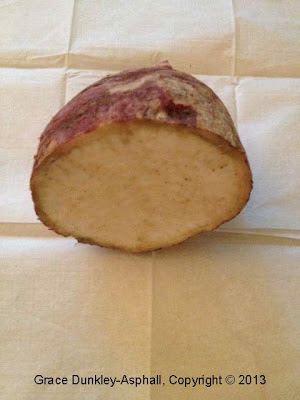 Undoubtedly, the sweet potato is honing its way to becoming the queen of foods.  It has already replaced breads at our breakfast table and has now become a main staple at barbecues. The sweet potato pudding is known for its appearance at repasts where some mourners are disappointed to find that the supply had exhausted before they could partake.  The dead coming to life again would be very amazed to hear the fuss that’s being made about the delicious treat.  Baked, boiled, roasted, fried or as pudding, the sweet potato is coming out in all its glory. 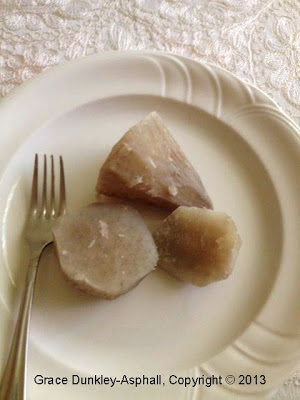 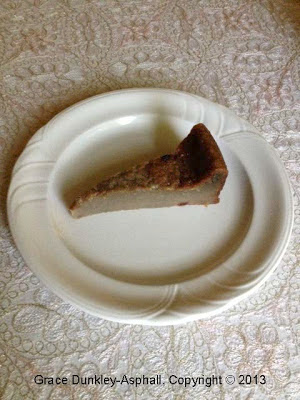 Ultimately, I wouldn’t be surprised if within a year the price of sweet potatoes sky rocket seeing the insatiable thirst for their consumption, particularly the one with the red skin and white flesh.

Tah-tah!  Never look down on sweet potato unless you are picking it up.