Why is a hungry Puerto Rican writing for this blog?

Between two continents, where an ocean becomes a sea, 700 islands and the adjacent coastal areas form the Caribbean.  Among these islands are sovereign states and dependent territories, and the vestiges of colonialism belied by fierce local cultures. The Caribbean was -and still is- a contact zone for, among others, European, African, East Asian, and Native American cultures. While the populations of each island reflect different languages and peoples, I see common patterns among the different islands and peoples of the Caribbean: a Caribbean connection. What is this connection, though? In this essay, I look at some of the commonalities among Caribbean populations, specifically around food, and muse about the commonalities shared across the Caribbean, and to some extent, all of humanity. 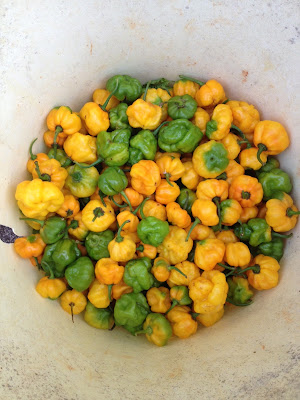 I grew up in the Bronx, with an Italian father, and Puerto Rican mother. The Bronx, like all of New York City, is incredibly diverse. I came of age with people whose backgrounds were literally all over the map.  However, many of the people in my neighborhood were from the Caribbean, or had family from the Caribbean. Puerto Ricans, Dominicans, and Jamaicans were probably the most populous. As I got to high school, I befriended Haitians, Trinidadians, Cubans, and more. Regardless of the island of provenance, everybody ate rice and peas! Some form of rice and legumes were consumed. Puerto Ricans and Dominicans have our daily rice and red kidney beans (black beans being more common with Cubans), and our “party rice”, arroz con gandules. Jamaicans have their rice and peas, Haitians eat diri ak pwa, and Lousianans have their red beans and rice. The first time I went to New Orleans, and tasted Creole food, I immediately recognized a slightly different version of the food I’d grown up eating. While New Orleans is part of the American south, it’s also the north- of the Caribbean. New Orleans and other parts of the Gulf Coast are connected to the rest of the Caribbean, but apart from the andouille sausage, when I sat down to have red beans and rice, I was at home. 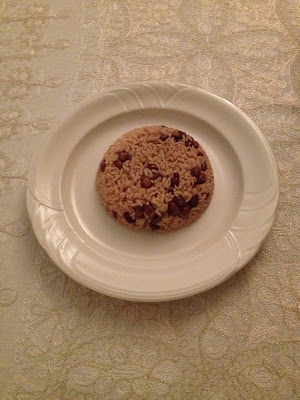 Of course other cultures eat rice and legumes. In one form or another, this cheap but nutritious pairing can be found in India, throughout parts of South America and Sub-Saharan Africa, and even the Middle East has mujaddara. Certainly the Caribbean historically connects to all of these regions, but rice and legumes within the Caribbean bind the islands, literally and figuratively.  The seasonings may vary –sofrito, curry, holy trinity- but the idea is the same. Nonetheless, rice and beans isn’t the only iconic item enjoyed in the Caribbean. When I think about the heat of the Caribbean, I start getting thirsty. When Caribbeans get thirsty, often they look to rum.


Rum was the first alcohol I ever tasted. Puerto Ricans make a coconut version of eggnog called coquíto that is popular in New York for Christmas. Similar to the Haitian krema, coquíto is incredibly sweet, incredibly rich, and incredibly strong. The sweetness comes from cream of coconut, the richness from eggs. The strength of course, comes from rum. Be it a daiquiri from Cuba, rum punch from Jamaica, or a ti’punch from the French Caribbean, drinks in the islands are flowing with rum. Even the Cuba Libre is a rum and Coke with lime!


Island names for common foods often differ, even among islands where the same language is spoken. The quenepas I grew up eating in the Bronx are called, depending on where you are in the Caribbean, guinep, skin-up, genep, or chennette- these four probably phonetically related to quenepa- but also mamón, mamoncillo and guaya. I’ve even heard of this fruit being referred to as ackee in Barbados- not to be confused with Jamaican ackee, which is a completely different fruit altogether, part of the yardie breakfast of champions, ackee and salt fish. A key ingredient in Puerto Rican sofrito is recao. Recao is also known as culantro, cilantrillo, and shadow benny, with many variations. Despite the variations in names and seasonings, there are common themes that link Caribbean food: rice and beans of some kind, maybe a little meat, some kind of fried starchy something, and rum.

Some islands are spicier than others: Puerto Ricans use the sweet ají dulce, Jamaicans the fiery Scotch Bonnet. The Colonial heritages also play a part, be it a Dutch supermarket in Aruba, or arroz con pollo in the Dominican Republic- a descendent of Spaniard paella. The islands also reflect the non-Colonial cultures as well, e.g. buss up shot in Trinidad, roti and curry goat in Jamaica, among others. In it’s own way, though, the endless variety of food and drink in the Caribbean is a form of continuity. The culture of the Caribbean is syncretic, drawing influence from all over the world- a focal point of diversity. The food celebrates this perfectly, and is, in my opinion, one of the best ways to building bridges. How is somebody going to get really mad at someone else with a belly full of yellow yam?

In my lifetime, New York City went from being a melting pot where diversity was ideally ‘melted down’, to a tossed salad, where diverse elements maintained their characters, but sat alongside other diverse elements.  When I look to the Caribbean, I  liken the metaphor back to rice and beans: all these varied food stuffs, seasoned and served together, still distinct in-and-of themselves, but combining to make something greater than the sum of their parts. I don’t think it’s necessarily ground breaking to point this out, but I stand by the notion that it’s important to acknowledge this diversity. Diversity is a matter of fact for us Caribbeans, in spite (and because) of the differently languages we speak, the different ancestries we draw from, and the different politics we espouse. These differences are aggregately what make us the same- in the Caribbean, and beyond. I say we celebrate this diversity. Let’s celebrate it with FOOD!


Tah tah for now! My rice is done.

Email ThisBlogThis!Share to TwitterShare to FacebookShare to Pinterest
Labels: Food