There is no denying that the world has seen progress in the tools that are used for learning.  The arithmetic department is of interest.   We have advanced from using self, fingers, sticks, stones and bottle caps as aids to the use of a calculator, the revolutionary tool of subtle cheating and the root of mathematical evil.  I have experienced advancing from writing on slates with slate pencils to typing on a computer, one of mankind’s amazing feats.

We have also seen progress with the methods in teaching and conducting tests.  For example, there has been a major effort in our fast-paced world to steer away from essay type answers and instead present test takers with a platter of answers called multiple-choice.  This has encouraged some people to choose an answer with the help of the popular nursery rhyme eeny, meeny, mino, mo.  The guidelines of yesteryear such as when in doubt leave it alone or skip to the next question and then go back later are no longer appealing to test takers.   Most obviously, as the insatiable thirst for education increases so do the features in technology.   One such feature is online studying or virtual classrooms.  The physical location, or bricks and mortar, is no longer the sole place to impart or receive education. 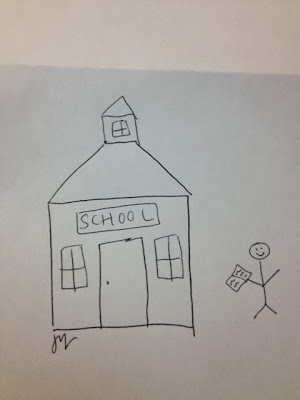 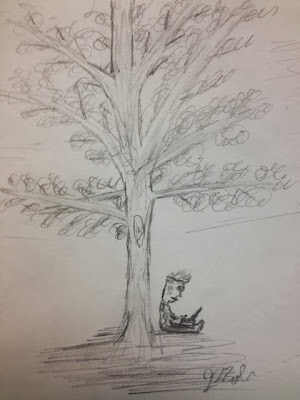 In the upsurge of online learning, the laptop computer has become one of the most sought after apparatus.  It allows mobility.  As a matter of fact some people jokingly refer to it as mobile school and office, a vital part of progress.  The perfect mantra with such progress should be “Do it anywhere, anytime, anyhow”.  Work or go to school while being serenaded by the sounds of the ocean.   On the other hand sometimes progress comes with destructive criticisms or observations.  Whereas I applaud technology and its various stunts, it should be noted that before the advent of the mobile and stationery computers there was a concept baring resemblance of online learning.   It is called correspondence course by mail or through the Post Office.  People had the freedom of studying at their own pace anywhere and anytime.  Gathering pluck, I will mention that online learning is just an upgrade or the electronic version of correspondence courses.   Criticism can be disheartening.  Not long ago, in my neighborhood, two ladies got into a disagreement with each other in a boisterous manner.  During the course of exchanging words one of the ladies said to the next, “Gway gal! Galang wid yuh online degree!  Mine betta dan fi yuh!  Mi sidung in a classroom fi get it!” I turned away from the familiar dialect with a giggle and then said to myself that there is definitely prejudice surrounding where and how a degree is obtained.   Moreover, as I listened to them arguing I wondered if online learning is a gateway for cheating.  There must be a way to prove that the registered student is actually doing the work.

With such thoughts and to get answers, I decided to approach a few people with the questions noted below:

Question 1:  How would you view online studying compared to bricks and mortar?
Male’s Answer: By studying online I can’t have a discussion, at least not a full one.  I could have audio but it would be different than face to face.  How would you verify accreditation?  With online learning there is not a full learning experience.  People will do anything to get that degree to get a foot in the work force.

Male’s Answer: There are pros and cons with both methods.  There is more flexibility with online learning.  Whereas going to a building you get to interact more with your classmates.  It is also better to have a conversation with the professor in person.  I understand much better in this fashion.

Male’s Answer:  There is an upside to online, that you can do it anywhere anytime at your convenience.  The advantage that I find with bricks and mortar is that you have a closer connection with the professor and classmates whereas online you tend to be by yourself.

Male’s Answer: Despite the ever growing trend in online education, I am an adamant supporter of the bricks and mortar style of education, in that it facilitates more interaction between students and educators alike as well as contributes to overall growth through the culture of the academic environment.

Female’s Answer: Businesses, Corporations probably will not acknowledge an online degree as much as they would acknowledge a degree earned on a campus.  I also consider getting an online a degree as a form of laziness.  Social networking that you would get from in class is not there.  An online degree is for the shy person who is afraid of holding up their hand in a classroom or who doesn’t have the time to commute or sit in a classroom.

Female’s Answer:  In the bricks and mortar context, it seems to me that it would be easier to have mechanisms for accountability and for students to seek out information or individual attention from instructors.  Also, it has the advantage of interpersonal interaction, learning from your peers and picking up the soft skills that are important in other personal or professional aspects of life.  Online coursework is probably best suited to highly independent students who like to work through material at their own pace, or where certain logistical or financial challenges would otherwise make it difficult to access educational opportunities.

Male’s Answer:  Online education is an open education.  There is access to education for everyone, for free and cheap.  It is useful but does not allow cultural exchange.  There is the ability to take classes when you feel ready: late at nights or weekends certainly not right after work.  Online teaches the information but you lose soft skills like communication, public speaking, listening and getting other people’s perspectives.

Question 2:  Do you believe that tests after learning reflects the true ability of a student?

Male’s Answer: In America we become very focused on scores and testing and the no child left behind.  So focused on scoring well and have good scores reflecting a school well that we forget that test is supposed to reflect how much or how well a student has actually learned.

Male’s Answer: Having taken many standardized exams, I don’t believe that the results received from any given exam, speaks to the overall scholastic abilities and aptitude of the student. Rather such exams are designed to see how the test taker performs under pressure within controlled environments in which critical thinking and analysis is required. From personal experience, for example, there are fellow students who scored higher than me on the SAT but did not perform well in the university setting where as I did. Besides, many test takers study just to do well on a given exam and once the exam comes to a close they are unable to exhibit overall knowledge and mastery over the materials on which they have been tested.

Female’s Answer: People just want to pass a test.  They do not retain anything after the test.  People will cheat just to pass the test.

Female’s Answer: Tests are an important tool to try to measure how much course material students are grasping, and it’s hard to see how it will ever be made obsolete.  However, it’s probably a better means for certain types of subject matter and is more applicable for certain types of students.  For example, if you have students with learning disabilities, standardized achievement tests probably do not fully capture how much they have learned.  Also, real learning has to be based on retention.  If you study for an exam, but then forget all of the material shortly thereafter, it can’t really be called learning.

Tah-tah!  Learning comes in various ways.  It’s up to you.